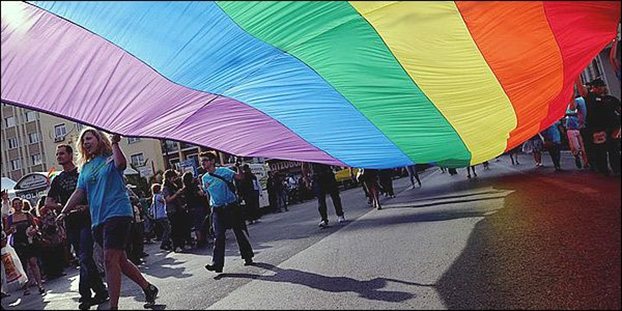 The Mayor of Athens Mr. Kaminis has decided that the Municipality of Athens will support the Athens Pride parade which is held every June in the center of the Greek capital. The international event which will take place on June 4th,  celebrates and supports the gay community.
Despite the opposition caused by this controversial decision, most recently by the Golden Dawn in the last council meeting,  Mr. Kaminis supported his election commitment to respect diversity with a forefront of the “right to dignity.”
It is characteristic that he invited the residents of Athens and the Greek society in general, to a public debate highlighting the adverse social discrimination that homosexuals suffer. “We will symbolically support the next Athens Pride, because I believe we need to bring this important issue out into the open” he strongly remarked. He described it as a sad reality that there are Greek families who feel they are hiding “a skeleton in their cupboard”, and that there are people who are forced to hide their preferences, while elsewhere around the globe, people can do it freely.”  “And this is a matter of freedom,” he said while he characterized it as “debt” of the Municipality, to provide the same support to homosexuals for their celebrations as they do to the dozens of events that take place each year.
As is the custom, this year’s festival of homosexuals, Athens Pride 2011, will be held in Athens at Klafthmonos Square. There will be a carnival- like atmosphere with plenty of spectacular activities and some emphasis on legal rights. The support of the event by the Municipality of Athens is, however, following the announcement of the Minister of Culture Mr. Paul Geroulanos for the program “Athens Every Week”, which strives for Athens to become a popular attraction.  For this reason they are also discussing to host the gay festival “Athens Rainbow Week”.

Viagra Lowers the Risk of Alzheimer’s By Up to 69%