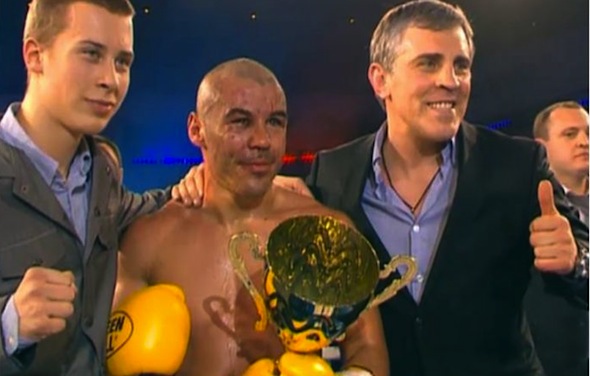 Mike Zambidis entered Saturday’s four-man 71 kg. W5 Grand Prix KO tournament as the definite favorite and he delivered with a tournament win.
The preliminary round saw Zambidis meet Ukraine’s Enriko Gogokhia in a bout that ended up a bit closer than most would have expected. Gogokhia floored Zambidis in the first and put on a performance that warranted an extension round before Zambidis was declared the winner. The other semifinal bout saw Dzhabar Askerov defeat William Diender by unanimous decision to advance to the final and set up a second bout between The Contender Asia veteran and his Greek counterpart.

The tournament win brings Zambidis to 3-0 on the year, having defeated Ali Gunyar by unanimous decision in Athens on March 12th. The strong start to 2011 will continue the narrative of Zambidis’s career resurgence that many have spoken about since he made it to the semifinals of last year’s K-1 World MAX Final. Prior to his semifinal loss to Giorgio Petrosyan, Zambidis was on a four fight win streak that began with his first win over Dzhabar Askerov in November 2009.