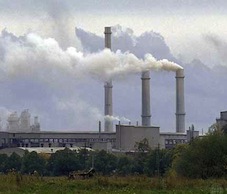 Ministries of Finance and Development have approved a draft law prepared by the Ministry of Defence that simplifies the licensing process of trade and investment in border areas, especially for citizens of countries that don’t belong to European Union.
According to Capital.gr sources, the Defence Ministry has proposed the revision of border areas and the amendment of relevant regulation regarding to commercial leases in order to be aligned with the Greek Commercial Leases Code.
However, the Ministry of Citizen Protection is expected to offer opposition, regarding the jurisdiction of the Hellenic National Intelligence Service and State Security in the approval of foreign investment.
Until recently, cases could be delayed for up to two years, but now the average time is reduced to six months.
Deputy Defence Minister P. Beglitis told Capital.gr that the ministry has proceeded with targeted interventions regarding speed and simplification of licensing procedures by amending the current legislation.
Until now, Greek and EU citizens wishing to engage in any commercial transaction in the border areas should obtain permission from a relevant committee, in which a Defence representative participates with veto rights.
Under the legislation, border areas are considered the prefectures of Florina, Thesprotia, Kastoria, Xanthi, Rodopi, Evros, Samos, Chios, Lesbos, Dodecanese, Kilkis. Also, Konitsa and Pogoni areas in Ioannina, Almopia and Edessa in Pella, Sintiki in Serres, Nevrokopi in Drama and the islands of Santorini and Skyros.
However, citizens outside EU must obtain a direct permission of Defence Minister upon recommendation of the Ministry’s qualified military and civilian staff, along with Hellenic National Intelligence Service and State Security.
In the draft bill, the border areas are revised and only Xanthi, Rodopi, Evros, Samos, Chios, Lesbos and Dodecanes remain, while Preveza is added. The licensing will continue to obtain be the political leadership of Defence Ministry.
For the rest border areas, the licenses will be issued by a regional five-member committee, with the permanent positive vote of Defence representative. This would shorten the required time to less than three months.
Moreover, the bill provided the expansion of commercial leases to twelve years from six so far.