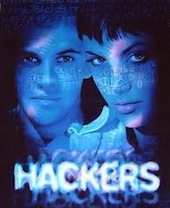 Bulent Arinc spoke at an inauguration ceremony at Urfa in Southeast Turkey: “In 2010 Turkish economy scored a 9% growth rate. This is an incredible result. Due to the global crisis countries in America and Europe are in debt, government changes occurred in Spain and Portugal. Salaries could not be paid, collective bargaining agreements are on hold, our neighbor Greece has national debt of one trillion dollars. They are in the brink of begging for money, all factories ceased production, they want to sell them but no one wants to buy. Turkey is among five countries in the World by reaching 9% growth late. This is the success of our people.”

Mr. Arinc is currently Deputy Prime Minister and State Minister in Turkey (AKP) and known for his provocative comments on various issues. Several court cases were filed against him because of his remarks towards institutions as well as individuals. However, in Turkey there is full legal immunity for members of the parliament.

Turkey has declared 2010 economic growth rate as 8,9% recently. It was the country’s first positive growth rate since 2007. Last year Turkey scored a -4,8%. Critics claim that this year’s figure is manipulated to help the governing party at the incoming elections in June 12, 2011.