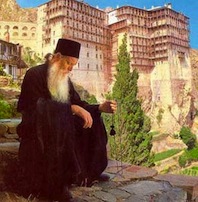 Monks from the 1 000-year-old autonomous monastic community of Mount Athos on defied the cash-strapped Greek government by refusing to pay property taxes on Tuesday.
The Finance Ministry, which has been forced to accept an international bailout, recently announced plans to tax the monks on any real estate in their possession outside the boundaries of the autonomous state.
Mount Athos, or the Holy Mount, is divided into 20 self-governed territories on the Athos peninsula in north-eastern Greece.
It serves as the spiritual centre of the Eastern Orthodox Church.
Despite protests by the European Parliament, women, including female journalists, are banned from the rugged 300km² peninsula, which has been dedicated to the Virgin Mary since 1060.
Under the constitution, Mount Athos is also exempt from paying taxes or tariffs to the Greek government.
The 2,600 monks who live on Mount Athos called an emergency session to complain that the Greek government was ignoring their rights as an autonomous state. They said they had written a protest letter to Greek Prime Minister George Papandreou.
The monks, who reportedly own millions of euros worth of real estate around Greece, have threatened to break off all contact with the government in Athens unless their demands are met.
(source: news24)