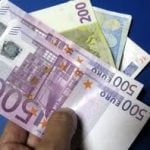 From March 21st until the 8th of April, the branch of the Hellenic Foundation for Culture in Belgrade will present a photo exhibition, dedicated to Greek artist and politician Melina Mercouri. The photo exhibition entitled “I Was Born Greek” is organized on the occasion of the 90th anniversary since her birth.

The exhibition captures moments from the artistic activity and political action of Melina Mercouri during the period of dictatorship in Greece (1967-1974), from her service as an MP and as Minister of Culture.

Except for the exhibition, a film tribute will be held at the Yugoslav Film Archive (Jugoslovenska kinoteka, Kosovska 11). The screenings will include full length feature films and a documentary on the life and work of Melina Mercouri.