They found «bananas» in our tanks! 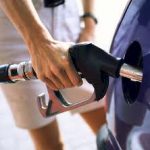 Unscrupulous gas station operators contaminate gasoline and heating oil for purchase by unsuspecting consumers with toxic waste from burnt engine oil, destroying not only the engines of cars and the boilers in our homes, but also poisoning the very air we breathe.
SDOE investigations in the area of Kalamata revealed a thug network which adulterates fuel with «bananas».
The auditors did not believe their eyes when, during on-the-spot checks at petrol stations in Messinia found, and read about secretly recorded expenses for «banana» purchases.
Not having seen anything similar before, they searched and eventually learned that the cunning con artists had christened burnt car engine oils with the code name “banana”; rather than collecting and destroying the oils in the manner prescribed by law, they stored and sold it to unsuspecting customers in the region.
As it is revealed, instead of everyone secretly using the waste oils, these «oilers», had created an entire secondary market to sell their toxic waste to.
As for the name “banana”, officials speculate that it was chosen because it refers to either the yellow color of the oil, or to the act itself as planned and carried out  by the unscrupulous owners.
Gasoline smuggling for the first time in Greece
However, the fact that for the first time in our country cases of smuggling of gasoline (ie not just oil) are also being investigated is indicative of how smugglers of every shape and size have gone beyond any limit. As revealed by Proto Thema, at least two Greek oil companies with export activities in the Balkans have handled tens of thousands of gasoline transports to Bulgaria, but to fake imactive companies.
The discovery was made when SDOE noticed an unusually large increase in fuel exports to Bulgaria since the country joined the EU. After contacts with the authorities of the neighboring country, SDOE found that they were completely unaware of the existence of these recipient companies. Most were established recently but are of an irrelevant type of business, which did not justify such large loads of supplies.
Thus it is estimated that they avoided tax in our country worth millions of euros, while the fuel tanks kept coming back to our country, channeling the smuggled fuel into the Greek market.
source: (proto thema online)