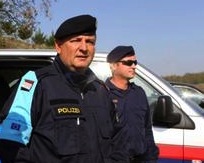 RABIT, the emergency operation to combat illegal immigration at the border between Greece and Turkey, has come to an end. Operation Poseidon, a standard mission to be conducted by the Frontex EU border control agency, will replace it until the end of 2011. The resources and number of experts the member states are prepared to make available to Frontex still have to be determined, however.
Launched on 2 November 2010 and running until 2 March 2011 with 200 European border guards, “Operation RABIT, deployed by Frontex in Greece, was very important for stabilising the situation at the Greek land border with Turkey,” commented Internal Security Commissioner Cecilia Malmström. This rapid intervention mission requested by the Greek authorities owing to the sudden increase in immigration via Turkey “was a concrete demonstration of European solidarity,” she added. The Commission, in the absence of an approximation of national asylum legislations and of reform of the 2003 Dublin II regulation for sharing the asylum burden, highlights its Frontex missions, such as the recent Hermes 2011 operation on the Italian island of Lampedusa.
Poseidon 2011 will also be extended to the border between Bulgaria and Turkey. Prior to RABIT, the Greek-Turkish border was monitored by another terrestrial operation, Poseidon 2010.