Greece Vs. Barcelona Basketball Match for Children in Need, Ioannina 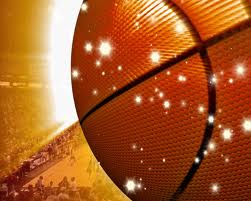 Some of the most reknown basketball players of all time, arrived last Saturday in Ioannina, to take part in a game different from the others.  The game took place on Sunday, the 20th of February, in the gymnasium of Limnopoula.  The President of the Republic, Mr. Karolos Papoulias was present.
Numerous players included Albertis, Rentzias, Sigalas, Limniatis, Prelevits and many others, while the coach of the Greek Vetrans was Yiannis Ioannidis. The Barcelona veterans were 29 in total, and many basketball stars such as Martinez and Himenez did their best in order to help the children in need of the local area.
Umpteen people came on Sunay morning to watch this magnifiscent all-stars game which attracted international interest in Ioannina. Each and every one of the spectators had the opportunity to talk with the players, who were signing autographs for more than an hour. The Greek team managed to win the game with a score of 77-70!
The Barcelona players underlined during their interviews, that they were grateful for the hospitality and the beautiful game! It is worth mentioning that one of the officials of the game was Mr. Andreas Loverdos, the Greek Minister of Health and Social solidarity.

Growing up Greek-American you are privy to a unique childhood, filled with some pretty strange customs (strange to those who are not Greek, anyway).
Art

Was 1821 a Greek Revolution or a War of Independence?

The Greek War of Independence was the subject of an online lecture co-hosted by the Consulate General of Greece in Boston and College Year in Athens.