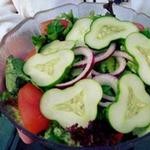 Consuming a traditional Mediterranean diet may help individuals maintain better brain health as they age, states a new study.
The Mediterranean diet is native to countries in southern Europe, most notably Greece and Italy. The nations are rich in fruits, vegetables, wine, whole grains, beans, nuts, fish, and olive oil, but low in saturated fats, like eggs, meat, and dairy.
The Mediterranean diet is often linked to reduced health risks, such as cancer, diabetes, and heart disease.
For the research, published in The American Journal of Clinical Nutrition, scientists examined the eating habits and cognitive function of 4,000 Midwesterners, 65 and older, and rated their adherence to a traditional Greek diet.
According to the World Health Organization (WHO), age-related mental decline diseases, most notably Alzheimer’s disease, effect 18 million people worldwide. WHO estimates that number will jump to 34 million by 2025. Poor diet, especially diets low in healthy fats, such omega-3 fatty acids, has been implicated in increased risk of Alzheimer’s.
In the new study, researchers found Americans living in the Midwest consuming a traditional Mediterranean diet may have brains that age slower, compared to people with other dietary habits.
Study participants mental decline was evaluated every three years. Scientists tested individuals’ math skills and word memory. Results showed people most closely adhering to the traditional Mediterranean diet had slower cognitive over time, even after accounting for education level.
The researchers speculate staples of the Mediterranean diet, like fruits and vegetables – which are high in antioxidants – may help reduce oxidative stress and inflammation in the brain; a risk factor for Alzheimer’s disease.
However, the Mediterranean diet also includes foods high in salt, such as salt-cured olives, capers, and anchovies. Increased sodium intake has been linked to stroke and high blood pressure.