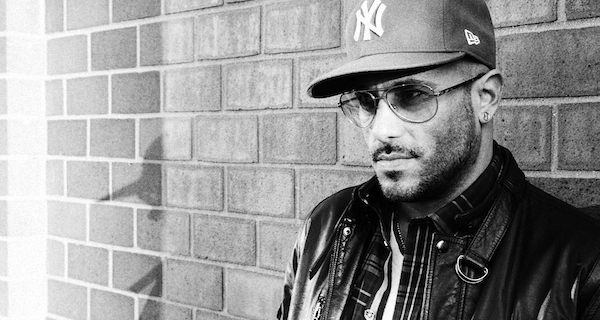 The pounding of the speakers, vibrating floor and the spectrum of lights illuminating the room was a constant draw for the soon to be universal artist. He was a young boy at the tender age of thirteen when Matheos first experienced the club sights and sounds. Since then he has been not only drawn to it but has become a key part of it. Matheos’s love for music led him to come in contact with many key artists of his time. He was fortunate enough to meet with names like Sheena Easton, DJ Easy Rock and Samantha Fox. Their artistic styles soon began to shape Matheos as an artist.

“It was incredible to talk with these artists one on one. I was only 17 & 18, so of course at first I was a little star-struck. But after hanging out they were just like friends.”

Matheos honed his production and vocal skills and put them to good use. The first artist he worked with was Greek pop sensation ALEXIA. Together they produced and released three hit tracks that became apart of her album “REBE”. This experience only aided in Matheos becoming a more well-rounded artist. Following this Matheos would go and work on some major mixes. Through his long time friend Justin Chambers (who plays Dr. Alex Karev on Grey’s Anatomy) he landed a remix project with legendary actress Ann-Margret. The project was to remix many of her classic hits. This only led him to work Merv Griffin where he remixed another series of classic hits of various Vegas stars.

Matheos would soon land another great opportunity when he partnered up Amathus Music (www.amathusmusic.com) where he released his debut album entitled “Greek Travels”. This helped him to further collaborate with songwriter/producer/remixer Chris “The Greek” Panaghi to hammer out other cutting edge dance tracks like “Bazook” & “With You” featuring key remixers; Keven Maroda, Order Of Sound and Peter K that was also released by Amathus Music.

“That was great! I love dance music, it’s in my blood as a Greek! Chris got it! He quickly responded positively and the release of my first album on AMATHUS MUSIC. It gave me real exposure especially in this growing digital market.”

He soon went ahead to work with more internationally known artists. His experience and knowledge that he garnered with Chris “The Greek” Panaghi opened new doors. Recently, he worked with the well known Greek pop artist Anna Vissi’s (known as the Madonna of Greece) album ‘APAGOREVMENO’. On this particular project he joined forces with other producers like Glen Ballard, Dave Stewart, Patrick Leonard, Greg Ladanyi and Brian Wilson. This also led to his collaboration with Chuck D. from Public Enemy with the release of the single “Action”. Through these impressive accomplishments and a media buzz he was approached by key TV Talk Shows in Greece and in Europe.

Matheos is one that never rests on his laurels as he keeps moving onto bigger and better projects. Currently, he is in the process of working on a future collaboration with dance music sensation Chris Willis. At the same moment he is talks with Disney to revive the wonderful music of the MUPPETS into more contemporary modern vibes. Matheos is focusing on the upcoming film by Jason Siegel which is based on the incredible characters. Besides that he has also partnered up with legendary recording artist Sheila E. on another project, who was a huge influence for Matheos growing up.

On the horizon for this innovative and tireless artist is a new album where he will be working with various singers and rappers. The album will have a rich world vibe with dance and hip-hop tracks. He also will be doing some DJing to return to the root of his love for music.