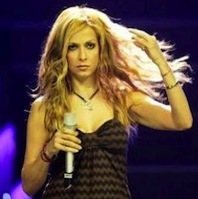 On Christmas night Anna Vissi was singing live at the Athenon Arena music hall when a man from the audience threw a toilet paper roll on stage. The Greek singer stopped the program and extremely nervously, asked the man to come on stage. The following video shows what happened next.
The man got on stage and Anna asked him to admit that he was wrong. The man admits his mistake and then Anna continues the show. The reason why he threw the item at the singer is unknown, but Greeks in Greece are dealing with a lot of stress during this financial crisis. Small incidents of troubled behavior have increased lately.
[youtube]9fHLy3I2v_I&feature[/youtube]
(source: oikotimes)