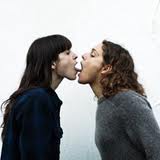 For the first time in history, the Sundance Film Festival will be hosting a Greek film in its program. Athina Tsangari’s “Attenberg” will be showcased at the Spotlight section of the upcoming festival. The festival will be held from the 20th until the 30th of January 2011. Currently Athina Rachel Tsangari’s “Attenberg” is making its way back home, preparing for its Greek debut at the upcoming 51st Thessaloniki International Film Festival. The movie will debut on the 7th of December and the film will be officially released on the 9th of December. After its world premier in September, it won the Best Actress category and the Lina Mangiacapre Award at the 67th Venice Biennale. Attenberg has secured its participation in Rotterdam Festival’s official contest Festival D’ Angers. Attenberg has also received invitations from major international film festivals in Latin America, Asia, Europe and America. So far the film has travelled to the Toronto Film Festival. Attenberg will be presented in Greek theaters along with “Casus Belli”, a short film by George Zois. The film has been admitted to the official contest for short films at Venice Festival.