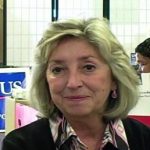 Dina Titus, member of the Democratic Party was named by Harry Reid to the United States Commission on Civil Rights. Senator Reid stated that Titus has always been a strong supporter and defender of civil rights. The Greek member of the Democratic Party accepted the nomination and said that she was proud of it and looks forward to taking up duties. “My nomination will give me the chance to support people with special needs and to promote equality to the law”, stated Dina Titus. The Commission on Civil Rights is composed of eight Commissioners. Four are appointed by the President of the U.S, two by the President Pro Tempore of the Senate, and two by the speaker of the House of Representatives.

After a year teaching at North Texas State University, Titus moved to Nevada for a faculty position in the Political Science Department at the University of Nevada, Las Vegas. Over the past 30 years, her students have included a virtual who’s-who list in the Nevada government, public service and legal circles.  The popularity of her classes is reflected in the teaching related awards she has received.  Titus is considered by friends and close acquaintances to be an expert in Nevada politics, state politics, atomic policy, legislative process, and the role of women in politics. First elected in 1988, Titus served for 20 years in the Nevada Senate.