Chanda Davetas: Inside and Out of the Film Industry 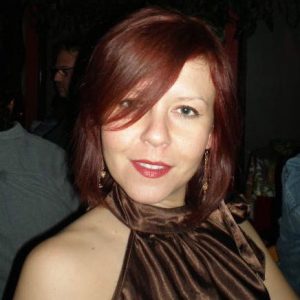 Chanda Deveta has worked for one of the biggest agencies in Los Angeles. She has also worked with many talents and managed to develop an inside view in the film industry. Despite all that, Chanda Daveta decided to make a turn in her career. She shared with us her interesting story and discussed her Greek origin.

Tell us about your experience working in Creative Artists Agency.
I worked at CAA for two years – the first year as an assistant to a motion picture talent agent and the second as an assistant in the music department. Music was fun; the people were pretty laid back and I went to more shows than I can count. The year I spent in talent was probably the worst year of my life. Some people fear clowns – now I fear agents.

After that, you worked in Mark Burnett Productions. Tell us about the projects you dealt with and also what was your role in the company.

At MBP, my title was Executive Coordinator on The Apprentice. Mostly, my functions were as office manager and assistant to the EP, but I also had some fun duties for the show – researching segments, coordinating logistics, confirming and verifying credits, and planning the wrap gift and wrap party.

Then you moved to CBS. How was television different from what you were doing so far?

When The Apprentice was cancelled after the sixth season, the EP was offered a production deal at CBS and I went with him. Rather than working on just one show, we worked on putting together new projects. And it was just him and I, no support staff, so I had a much more active role as researcher and office manager.

Then, you went to ta totally different direction, working as a dogsitter. Tell us about that and how you did you decide to make a major change in your career?

By that point, I’d already been kicking around in entertainment for five years and wasn’t really going anywhere. When Cesar Milan’s protege asked me to be his office manager, it was just the change I was looking for. I’d been working with dogs for years, so it was great to get paid to do something I loved. Having my own business is even better. I much prefer making my own schedule.

What are some of the challenges you had to face so far in your career?

It’s been all challenges – never any smooth sailing for Chanda!

What are the things you like doing in your free time?

I spend a lot of time exploring the nooks and crannies of LA. I also love a good happy hour and an open bar.

What is your relationship with Greece? How you ever visited Greece?

My father and his side of the family live in Greece. I’ve only been twice, once in 2002 and again in 2005, but I look forward to going again.

What are the things you like mostly about Greece?

From the mainland, to the Peloponnese, to the islands, there is such varied and beautiful scenery. The metro system there is much more comprehensive than LA’s. Families seem closer knit there, often residing together until marriage. Perhaps most importantly, I love the way the spanakopita there is more like a savory pie than the flaky philo dough version we have in the US.

What are some of the things that bother you the most in general?

The political atmosphere in the US is greatly unsettling to me right now.

Tell us about your future plans.

I have a website and blog at http://www.facebook.com/l/fa559Py-1cBua-OvljlOOpUl5kA;www.thyroidchronicles.net and really enjoy writing about my natural health experiments. If I could make a career out of that, I’d be set.