TechNews
GreekReporter.com Canada Lecture on the 50th Anniversary of the Republic of Cyprus by Dr....

Lecture on the 50th Anniversary of the Republic of Cyprus by Dr. Koufoudakis, Montreal 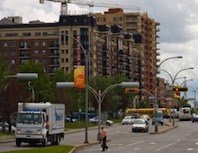 A lecture titled: “Fifty Years of the Republic of Cyprus, Challenges and Prospects” will be presented by Dr. Evangelos Koufoudakis.  He is a professor at the University of Indiana and Dean Emeritus of the University of Cyprus.  The lecture will be presented to the Greek Community of Greater Montreal on Sunday, December 5th.
Dr. Koufoudakis is an expert on the Cyprus issue and an analyst of Greek – Turkish differences.  His lecture will refer to the 50 years of the Republic of Cyprus, placing emphasis on the invasion and occupation of Northern Cyprus by Turkish forces, the fruitless discussions on the Cyprus issue which have been held up to present, the controversial Anan Plan, as well as the European perspective of Cyprus.
The event which also includes a cultural program, is organized for the celebration of the 50th anniversary of the Republic of Cyprus by the Consulate General of Cyprus in Montreal, the Solidarity Committee for Cyprus, the Greek Quebec Congress and the Greater Montreal Greek Community.

How an Ancient Greek Vase Inspired the Euro 2020 Trophy