GRNews
GreekReporter.comCanadaRoyal Bank of Canada's President States Immigrants are one of Canada's Greatest... 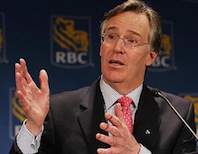