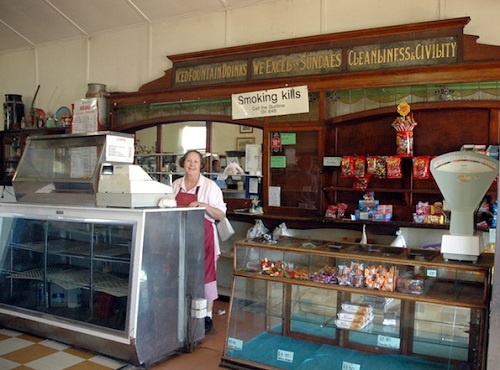 The National Museum of Australia has decided to honor the historical, cultural and social offer of Australia’s Greek Cafe with a permanent exhibition which is to be open to the public starting next month.

The exhibit goes under the title Selling an American Dream: Australia’s Greek Café, and is a photographic exhibition of Australia’s Greek café which highlights the key role that Greek-Australians played during the formative years of the Australian culture.

It covers a period of about 140 years, from 1870 till nowadays, and includes unique black and white photos from Greece, Australia, New Zealand, Egypt and the USA. It shows the great history of the Greek cafe in Australia, but also the significant influence it has had on the country’s culture. “We have collected thousands of stories and thousands of old and new photos,” Mrs. Alexakis noted.

The Greek café helped transform Australian popular culture. This exhibition does not only look at how this was achieved, but also seeks the personal stories of those involved.