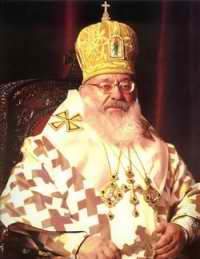 The official address of the press service of the Odesa eparchy was spread on September 1st with the blessing of the archbishop of Odesa and Izmail Agafangel (Savvin). In it the Odesa branch of the Ukrainian Orthodox Church, it called upon the authorities not to allow construction of a sole in the city’s Greek Catholic temple.

During the synod of the Ukrainian Greek Catholic Church, bishops held from September 2nd to 9th, the highest hierarchs of the Ukrainian Greek Catholic Church who came to Lviv from across Ukraine and also from Europe, North and South Americas, and Australia.  They passed an address to the President of Ukraine in which they appealed to Viktor Yanukovych to debar exasperation of religious enmity in Ukraine, inter-confession intolerance, and limitation of citizens’ constitutional rights upon signs of religious beliefs.