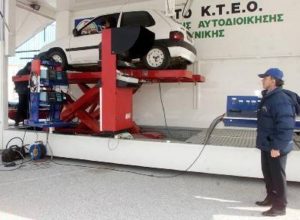 New road KTEO tests are expected to be tougher from now on. Motorcycles will be tested for noise pollution, as it is stated in a draft bill presented to a parliamentary committee by Transport Minister Dimitris Reppas yesterday.
The bill lays out a set of measures aimed at making the KTEO tests tougher and offers drivers incentives to submit their cars for inspection. Currently one in three cars in Greece is not tested regularly. Reppas said that the legislation would also create for the first time, a national road safety council. On another issue he also revealed that judges have given authorities the right to remove illegal billboards from private property such as apartment blocks and plots of land.

The zeibekiko requires an inner intensity, as it is an improvised movement that expresses the feelings of the individual who gets up to dance.
Greece