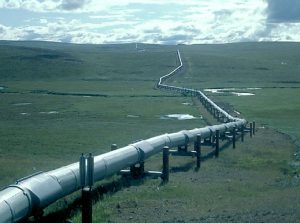 The two attended the groundbreaking of a 120-kilometer section of pipeline from the Serbian town of Nis to Vranje. This section of the Serbian pipeline is part of a much larger controversial pipeline project, the South Stream, that would allow Russia to supply gas to Western Europe, bypassing its Ukrainian neighbor through which one half of its pipelines currently must cross.

The proposed route of the South Stream will run from the Russian Black Sea town of Dzhubga on the seafloor of the Black Sea to Varna, Bulgaria. The pipeline will then travel overland to Serbia, where one section will lead south to the Adriatic coast of Greece and eventually Italy, while the other will go north to Austria, through Hungary.

Another proposed branch of the pipeline could go from Serbia through Croatia to Italy or Hungary to Slovenia to end in Italy.