EU, IMF Set to Approve The Second Tranche of Aid to Greece 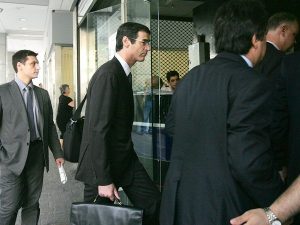 The European Union and the International Monetary Fund are expected to give the green light on Tuesday and Friday respectively for the release of the second tranche of financial aid to Greece to help the country overcome an acute debt crisis.

But Greek media reported on Monday that the EU and the IMF will also ask Athens to speed up necessary structural reforms in return. In Brussels, Greek Finance Minister George Papaconstantinou is due to brief Ecofin and Eurogroup on the progress of the implementation of the Greek Stability and Growth Program over the past few months.

Eurogroup is expected to officially approve on Tuesday the release of the 9-billion-euro (11.58 billion U.S. dollars) package to the Greek government, stressing the need for proceeding to fiscal discipline and reforms without wasting more time.

The IMF is expected to reach a similar decision this Friday. Based on a progress report of EU and IMF auditors, IMF officials are due to praise Athens for the bold changes introduced already to the taxation and pension systems. But they will also request more cutbacks on public expenses, as well as initiatives to strengthen the local banking sector and boost the competitiveness of national economy by opening up currently closed professions and markets, according to Greek media reports.

Greece is expected to receive the second tranche of an aid package that will reach a total of 110 billion euros over a three-year period on Sept. 14 to 15.