The Bill and Melinda Gates Foundation honored the Central Public Library of Veria, Greece with the “Access to Learning Award 2010” along with a $1,000,000 dollar donation. 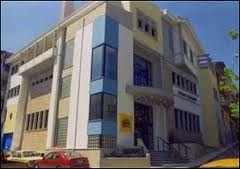 Veria’s library is small and serves the population of 50,000 and 130,000 more people in the surrounding areas.  Its commitment to innovation and experimentation has made it a model for libraries in Greece and the world. The Veria Central Public Library used its creative form of information and technology services to meet the economic, educational, and cultural needs of more than 180,000 people. The library has emerged as a leader in Greece by offering a range of services and programs for children and adults while assists other libraries to replicate its success. Microsoft who is a partner of the foundation in its efforts to help public libraries connect people to the Internet, will donate the Veria Library with software and technology training curriculums.
However the library’s efforts goes beyond that. The Veria Library reaches out to immigrants as well to make them feel welcome and help them assimilate. One of its many programs is called “Untold Stories”, which offers Albanians, Russians, Ukrainians, and Bulgarians computers to create visual narratives about their lives. Their stories were posted on You Tube and a dedicated project website. “We thought it was a great idea because it would unite us more,” said Fatbarda an Albanian immigrant. “All immigrants have the same story—just in a different language.”
The library’s managers stress the importance of creating a special place dedicated to children and youth; a place of excitement and imagination. Consequently, the Veria Library opened a new children’s area called Magic Boxes, in April 2009.
The bold, bright colors of Magic Boxes create a joyous atmosphere for children and parents alike. An outdoor garden provides areas for climbing, playing, and exploring. And there are plenty of comfortable places for reading and listening to music and stories for the youth!
There are computers with kids’ software, video games, and regular activities and programs as well  to keep young minds active and engaged.
Because the Veria Library has worked so diligently to form partnerships with other libraries, programs, and institutions within Greece and worldwide, it has been able to grow and thrive.
The Veria Central Public Library will use its award to expand its network of libraries, upgrade its IT infrastructure, replicate the Magic Boxes concept throughout the main building of the library and at all new branches, and extend its impact beyond the region through websites and social networking.