GRNews
GreekReporter.comHollywoodAward Winning Director Psihoyos On Location Directing His Next Film in 3D 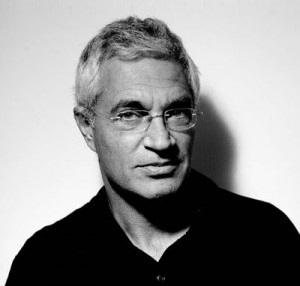 Louie Psihoyos began as a highly praised photographer and was hired by National Geographic straight out of college. He won an Oscar for directing his documentary film The Cove, which reveals a terrifying ecological truth about the annual killing of dolphins in Japan. The Cove was his first film and won several awards including: The Academy Award for Best Documentary Film at the 82nd Academy Awards, Audience Awards at Sundance, Newport Beach and Toronto’s HotDocs.

Louie Psihoyos’ father is from Sparta and told us in an exclusive interview that as a kid he believed his father: “could have been one of the strongmen, from the movie 300”.  He is now currently shooting his next film in 3D on location in the Gulf of Mexico.

“We’re shooting a 3-D film whose working title is The Singing Planet,” Psihoyos told Alex Maragos in an interview.
“It’s a film about the mass extinction of wildlife caused by humanity – I think it’s the biggest story out there right now.”

The film takes a close look at the issue of extinction and it examines preventative steps that can be taken to stop it.