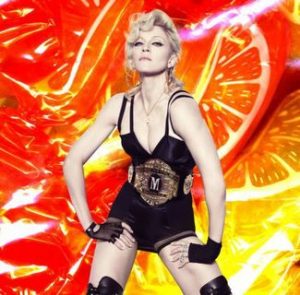 The “Queen of Pop” is enjoying a secret holiday in Mykonos.  Madonna has been spotted staying on a luxurious yacht and is in complete awe of the crystal blue waters and natural beauty of the island. Madonna’s visit to Mykonos has caused quite the commotion among the locals who claim to have seen Madonna swimming at Panormo beach. Her bodyguard is doing his best to keep onlookers away to assure her privacy.  Madonna does not want paparazzi snapping photographs as she tries to enjoy her blissful stay in Mykonos.

It’s not the first time that the legendary Madonna decided to visit Greece. She has been to Mykonos several times in the past also. In addition, Madonna is a fan of other islands of the Aegean including Rhodes, where she made a stop with her yacht before arriving to Mykonos. The infamous pop artist has finally sought refuge on the Greek Isles after shooting her new movie “W.E.” which she directed and co-wrote. The film is about the life of King Edward VIII.