TechNews
GreekReporter.com Europe Serbian consulate in Thessaloniki wants Serbian tourists to be given priority at... 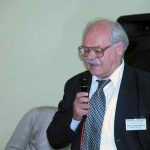 According to the newspaper Danas, the extraordinary situation in Greece, which has been caused by the large number of strikes, is delivering hard blows on the Greek economy. The fuel shortage is affecting also the Serbian tourists in the country.

The Serbian consul in Thessaloniki, Milan Dimitrijevic, has said that the haulers’ trade union and the ministers in charge are expected to make a decision soon and the problem with the Serbian tourists will be handled.
“I think the problem will be solved quickly. The consulate held talks with the Greek authorities and asked them to give priority to the Serbian tourists at the petrol stations supplied with fuel,” said Dimitrijevic.