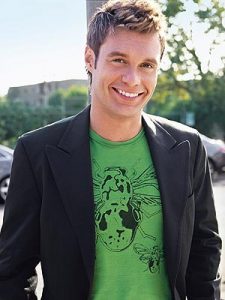 Radio personality, television host, network producer and voice actor, Ryan Seacrest was spotted with his pals enjoying lunch at Taverna Tony in Malibu.  The host of On Air with Ryan Seacrest, airing on KIIS-FM in Los Angeles,  and on television host of E! News, and the ever so popular American Idol, took a day off to dine at the Greek restaurant that is a favorite among celebrities. It is common to see patrons like James Cameron having the delicious cuisine or celebrating Greek style at Tony’s.  Cameron held his Avatar Oscar Party at Taverna Tony where it is no surprise he was dancing on chairs and breaking dishes. Ah! No one knows how to party like the Greeks. In other departments, Greeks may be lacking, but they are number one for a good time.

The garden-like and Greek island decor along with the unbeatable dishes is no wonder why Ryan Seacrest went Greek in Malibu with his buddies.