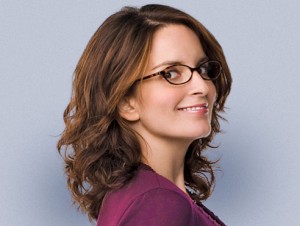 Early on the morning of July 8th, Hollywood will be a buzz with the results of this year’s Emmy nominations. Now just days away, there have been hints of a nominations for Greek American actress Tina Fey for her work in 30 Rock.

Elizabeth Stamatina “Tina” Fey has already received seven Emmy Awards, three Golden Globe Awards, four Screen Actors Guild Awards, and four Writers Guild of America Awards to date. The upcoming nominations for this year’s Emmy continue to look promising. 30 Rock finished another strong season, and AOL’s TVSquad had 3 of the 4 reviewers include Fey in their “Dream Emmy Ballot” for the 2010 Best Actress in a Comedy category.

Other actresses that could potentially bump our geeky Greek out the category are all strong contenders. Courtney Cox has an amazing season with “Cougar Town” as well as young actress Lea Michele from “Glee.” This coming Thursday morning will be exciting to see if Fey can find herself yet again in excellent company with a possible 8th Emmy award.

It’s also important to note the NY Times reported back in May of this year that Fey was the recipient of the Mark Twain Prize for American Humor. The John F. Kennedy Center for the Performing Arts made this announcement on May 25th and will be awarding this honor to her in a ceremony later this fall. Fey is only the third female to be given this award.