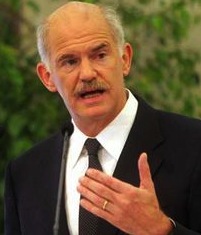 Greece’s prime minister on Friday called on European countries to make a EUR440 billion stabilization fund permanent, in a bid to improve economic governance in the region.
“We should now work for a permanent stabilization fund, a new European monetary fund financed by contributions of euro-zone members, proportionate to the size of their wealth,” George Papandreou said in a speech to be delivered Friday night in Vienna at a banking conference.
Euro-zone countries in May unveiled a EUR750 billion rescue package aimed at allaying fears of a sovereign default in the euro area. Central to the plan is a EUR440 billion fund financed through a special purpose vehicle from which troubled countries can borrow if need be. However, euro-zone countries have only agreed for the rescue fund to be in place for three years.