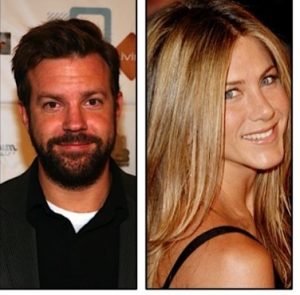 Jennifer Aniston has a new Greek lover in her life. The lucky man is funny man, Jason Sudeikis of Greek descent from 30 Rock.

Jen and the Greek actor have been secretly dating. They met last year on the set of The Bounty Hunter. During filming, Jen and Jason were only friends since Sudeikis was still married.  Now the actor is divorced and Jen has been there for him through the split. Their relationship seemed to be blossom according to an insider, “They talked for hours and really opened up to each other. After a while, Jen realized she missed him in-between dates.“She finds him hilarious. He is just what Jen needs — a solid, low key, funny man. It’s early days, but she’s quietly thrilled.”

Jason is Greek and funny…We hope this one is a keeper!