Manduca is leaving, Eder is coming to AEK 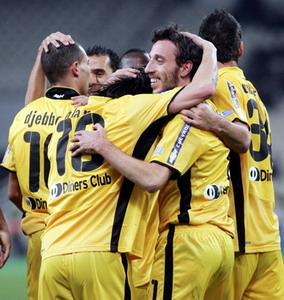 AEK Athens FC has continued its early spending this summer as the Athenian giants confirmed two moves on Wednesday with Gustavo Manduca leaving the club after three seasons.
The Portuguese winger will leave the Greek capital when his contract expires at the end of next month, and will be replaced by Brazilian striker Eder who played last season in Arcadia with Asteras Tripolis FC.
Eder, however, impressed many with his scoring touch as his first season in European football was a memorable one, despite a mid-season collapse by Asteras. Eder previously played in Brazil with Guarani, Flamengo, Parana, and Vila Nova.
The Brazilian hitman is expected to join AEK in early July.