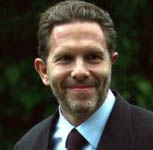 A special invitation addressed to Hellenes abroad, to support the country by choosing Greece for their holidays this summer, will be issued by the Ministry of Culture. The issue was discussed in a meeting for the course of actions to tackle the crisis in tourism, which took place on Tuesday under the Minister of Culture, Pavlos Geroulanos (photo). A new advertising campaign, dubbed “You in Greece”, which according to the Minister of Culture and Tourism has already completed its 1st phase, is to be launched along with a media press kit, providing statistics to help journalists better report on the state of Greek tourism. The Greek National Tourism Organization is already making efforts to promote holidays in Greece. One of these is an exhibition at Harrods department store in London called “2010 reasons to visit Greece.”
Mr. Geroulanos requested a coordination of actions of all forces in order to send positive messages for Greece. Towards this end, contacts with tour operators, journalists of major international media, foreign reporters, distinguished figures abroad and political leaders will be intensified.Meanwhile philhellenes and high-ranking officials in international tourism have been doing their best to help the cause. Taleb Rifai, secretary-general of the World Tourism Organization, called for industry solidarity with Greece, which he called “one of the most important destinations in the world and a point of reference for us all.” “Letting down the tourism sector in Greece would only contribute to accelerate the current difficulties,” he said.

In Germany, where negative publicity about Greece has been fervent, a representative of tour operator Thomas Cook told Die Welt that the situation in Greece is not all bad, with bookings up by 10 percent on the island of Kos and prices down by 20 percent. In a related development, Markus Tressel, a German Green Party deputy, called on Germans “not to turn their backs on this alluring country due to fears of unrest in its capital.”The national network ERT, will also play a very important role in this process, through the presentation of advertisements mainly through satellite TV. It is important to note here that ERT has considerably contributed to the activities which have been implemented so far for handling the financial crisis, since the campaign “You are in Greece” was produced by ERT, without any financial charges towards the GNTO.