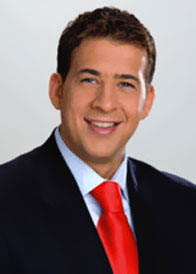 The other day, I posted details from an article on POLITICO.COM regarding Illinois’ Democratic Nominee for the US Senate Alexi Giannoulias, and in response to comments, it’s important to clarify a few facts. For the record, the post was not my opinion, merely a summary of the piece, to let people know what’s going on, for we all must stay informed. Yes, in the wake of the financial crisis, the FDIC did assume control of Broadway Bank, as it has many other banks in the country, due to undercapitalization. Please note that the Giannoulias family – longtime bank owners – worked closely with bank examiners and complied fully with all regulatory action.

Since my aforementioned posting, Greg Hinz, chief political correspondent for Crains Chicago Business, commented that in terms of the possibility of U.S. Congressman Jesse Jackson, Jr. supporting Republican Mark Kirk in the Senate race, “A second source in the middle of this claims Mr. Jackson just is trying to squeeze Illinois’ senior U.S. senator, Richard Durbin, who badly wants to keep the seat in Democratic hands.” Hinz suggests that Jackson may wish to get to Durbin for some help on his “beloved Peotone (airport) project.”   Hinz goes on to state that “someone who should know laughs that off and says it’s more likely that Mr. Jackson just is trying to show a bit of bipartisan, good-government leg as the trial of former Gov. Rod Blagojevich nears.” It should be noted that Jackson has historically been an unwavering supporter of Giannoulias.

In the meantime, Democrats are publicly stating their support for Giannoulias. Today’s Chicago Sun-Times reports that the White House, contrary to other reports, is firmly behind Giannoulias. Reporter Lynn Sweet indicated that “Education Secretary Arne Duncan and White House Deputy Chief of Staff Jim Messina are planning visits to Illinois to campaign for Giannoulias in June.”

Sun-Times reporter Abdon Pallasch described yesterday that he spoke with White House Press Secretary Robert Gibbs about the Illinois Senate race. “The White House is going to help the Democratic nominee in Illinois and we look forward to supporting the nominee and retaining the Senate seat,” was Gibb’s response to Pallasch.

President Obama has rallied the troops and fully supports Giannoulias’ campaign for his former senate seat. Pallasch reported that, “Obama made clear later that day that he still considered Giannoulias to be a ‘soon-to-be-senator,’ and that he’d campaign for the nominee this fall.