Home and Away actor Ada Nicodemou in rumoured split with husband 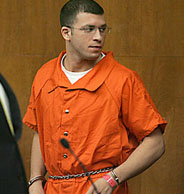 FRIENDS and family were rallying around Home and Away actor Ada Nicodemou, who was reported to have separated from her husband.
There was no official confirmation of the split, but well-placed sources said Nicodemou and husband Chrys Xipolitas had decided their relationship was not working and had decided to take time out.
“It has happened, but it’s just too personal for either of them to talk about it right now,” a source said.
“She won’t be commenting one way or the other.”
Nicodemou hung up when contacted on Monday.
She married Xipolitas in a traditional Greek ceremony in Sydney three years ago.
The wedding was covered by a woman’s magazine after a lucrative deal was struck for exclusive access.
Both Nicodemou and Xipolitas work long hours in their chosen professions – she on the Channel 7 soap and he at his restaurant, Zippos, in the Sydney suburb of Blakehurst.
“I’m sorry, but he’s not in tonight,” a spokesman for the restaurant said.
Nicodemou was photographed heading to the Home and Away set on Monday not wearing her wedding ring.
Neither Seven nor Nicodemou’s management, RGM Associates, would comment on the separation.
(source: perth now)

A group of Greek volunteer mechanics went to Evia fix vehicles that were heavily damaged in the flood in August of 2020.
Culture

The zeibekiko requires an inner intensity, as it is an improvised movement that expresses the feelings of the individual who gets up to dance.
Greek church

The Nea Moni Monastery on the Greek island of Chios is a treasure from Greece's long history, now listed on UNESCO's World Heritage List.