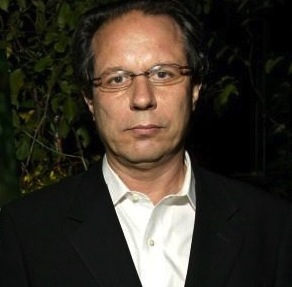 Richard Ledes, Greek-American award winning filmmaker and writer, has been immersed in theater exclusively since his graduation from Amherst College, in 1979. Since then, he’s spent a considerable amount of time in London and Paris, directing and studying the cinematic world. Since the late 1980s, he’s been localized in New York, when he began his doctorate in Comparative Literature at NYU. He wrote and directed A Hole in One (2004), starring Oscar-nominated Michelle Williams, The Caller (2008), starring Frank Langella and Elliot Gould; which won the Made in New York award at the 2008 Tribeca Film Festival. Now, he’s bringing to the screen a new world of horror in his new film, Forclosure scheduled to film this May. Check out our exclusive sneak peek into the inspired mind of writer/director Richard Ledes.

What part of Greece is your family originally from?

They are Pontian Greeks, from Georgia and Turkey.

You’re currently working on your new horror film, can you please tell us what its about?

Well, horror films make us confront the dark and the unknown. I don’t want to spoil that. I’ll just say it’s about a broken family trying to stay together and that Greek Americans will find that aspects of their history of immigration play a particular role in the film.

On a freaky/scary meter, how terrifying is this new horror film?

Off the charts—if it were a thermometer in a Looney Tunes cartoon—it would burst out the top.

When is it scheduled to release?

We hope to premiere it at a festival early in 2011 and have it in theaters that fall. In the meantime, we’ll be giving our fans glimpses of the process on our Website—ghostsdontmoveout.com–and on our Facebook fanpage. We’re currently scheduled to start shooting this May.

It seems that your Greek heritage has had a profound influence and relevancy on your career and everyday life, can you please explain why and or how?

An excellent question but not one I feel I can answer very well. I visited Greece as a melancholy adolescent one summer and the following fall semester had an unusual opportunity to begin studying Ancient Greek. It was the simultaneous discovery of modern and ancient Greece that was transformative. My subsequent studies in ancient Greek focused on fifth century theatre, particularly the tragedies–but also comedies. Obviously a modern democracy is a far cry from Athenian democracy over two thousand years ago; nevertheless, I do feel an act of translation is possible in some unexpected ways between theater then and cinema now. But I don’t have a lot to say about this. It’s not an elaborated theory so much as it is a feeling that flows from my experience.

Your academic and professional past is embedded within all areas of “Greekdom”, may it be the language or the theme of your productions. What part of your heritage drives you the most to pursue investing in bringing Ancient Greek into modern day life?

If we expand our sense of “politics” by reference to the polis of Athens and remember Aristotle’s description of a human being as a political animal—a zoon politikon—then I think it can open up ways of thinking of the art of the cinema as being “political” in ways that are neither reductive nor didactic but respond to this new millennium and offer new possibilities for a cinema intended for mass audiences.

What do you like to brag about most when boasting to others that you’re Greek?

I don’t boast about it really. I sometimes enjoy other Greeks’ boasting—I’m not opposed to boasting. But for me personally it’s not in my nature: I think of Greek as containing an antidote to the narcissism that distorts ethnic pride into the kind of tribalism that denies the humanistic tradition in which the writings of ancient Greece have played such a pivotal role. Take, for instance, the Iliad. The Iliad is a poem in which the Trojan enemy at times come across as more deserving of our empathy than the Greeks—for example, when Hector is saying goodbye to his son and wife, knowing he will never see them again.

Do you plan on ever making a Greek type film such as your rendition of the last book of The Iliad?

Yes, I do plan to do such a film… possibly about the Mytilenean revolt as described in the history written by Thucydides.

You won the “Made in New York” award at the Tribeca Film Festival in 2008 for The Caller, can you elaborate on such a fantastic success?

Lucky, I guess. Hard work is the other thing that comes to mind—and the great cast and crew we were able to assemble–—and the original screenplay by my co-writer Alain Didier-Weill

You’ve written and directed in many different areas of the globe, which has been your favorite? Also, where would your ideal destination be?

I think it’s important as a filmmaker to try to bring out the best in each location you visit, just as you do with cast and crew. You try to place your camera like an ancient city placing a temple.

You started doing Super 8 films when you were younger, can you shine some light on how you made filmmaking your professional career?

I took an extremely circuitous, peripatetic path. A period of many years living in Paris was particularly important. Paris is the center of film culture. Living there, I was able to see on a big screen a tremendous range of films from all periods and all parts of the world over a relatively short period of time.

Do you identify with any of the characters you’ve written? If so, who? and why?

I identify with them all but at different points

Are there any other new projects we should be on the lookout for?

None that I’m at liberty to discuss.

Is there anything about you and your Greek heritage that you find interesting or any stories you enjoy sharing that really wouldn’t be answered with any old question?

Ask me again in six months, sometimes it takes me a while to answer a question.