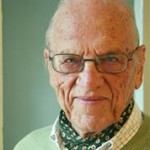 Veteran Swedish diplomat and author Sture Linner, a close aide to the late UN Secretary General Dag Hammarskjold, has died at the age of 92.
Linner was a prolific writer and contributed regularly to the cultural section of Stockholm daily Svenska Dagbladet. The newspaper’s online edition Friday reported on Linner’s death.
Linner served 1960-1961 as head of the United Nations Operation in the Congo (ONUC), and was recruited by Hammarskjold. The two became friends when Linner was a student at Uppsala University.
After leaving the UN, Linner who was professor of Greek and Greek civilization, wrote extensively on Hellenic history and culture.
Linner authored some 30 books and was working on a book on Hammarskjold and the Congo crisis at the time of his death, according to Svenska Dagbladet.

Greece has now surpassed 850,000 Coronavirus vaccinations, while another 50 vaccination centers will be added to the current 750.
Greece

The migrant camp of Kara Tepe in the island of Lesvos will shut down within the next few weeks, Μigration Minister Notis Mitarakis said.