Greek – Australian among 200 top designers in the world 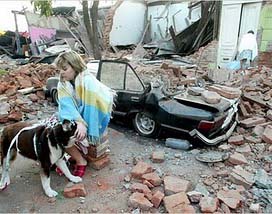 Helen Kontouris (foto), a Greek fashion designer who lives and works in Melbourne, has been shortlisted among the 100 best designers of the world, for the third Brit Insurance Designs of the Year, 2010 Awards which will be held in London. Helen Kontouris has been nominated for her series of outdoor furniture, entitled Breathe.
The creations of Helen Kontouri have been featured in more than 100 magazines world-wide, receiving nothing but praise and positive comments. She has exhibited her work in countries such as Italy, America, Spain, Germany, England and many other countries around the world, drawing the admiration of experts.
Her creations are an expression of “organic femininity” and environmental sensitivity as she stated herself to “Neos Kosmos” a while ago.
Among the companies which have promoted her creations worldwide are, Ceda from Spain, Ritzenhoff from Germany, Kundalini from Italy, the Multinational Company Schiavello and more.