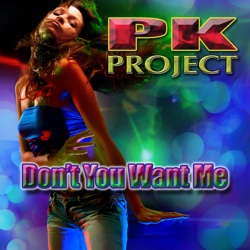 Being raised in a traditional Greek home sometimes leaves little room for artistic expression. This was not the case for now aspiring DJ/Producer/Remixer Peter K. Music always played a part in his life growin up. His family were all very close and on Saturday nights Peter and his cousins would listen to the DJ’s late nights on the local Dance radio station. DJ’s like Todd Terry and Jellybean Benitez began to really influence him growing up. His biggest influence was his very good friend Nectario from Dinamic Duo, who hit the private party scene on Long Island . Watching him mix and read the crowd, made Peter feel like a kid at the candy store.

Peter has been around the club scene for sometime now and believes that Dance music really hasn’t reached or come close to its potential. “I believe it still has more potential to grow here in America , considering the fact that there are so many types of Dance Music all around the world. For example in some countries Trance is considered Dance in places like Netherlands , Germany , & Prague. I have seen Dance music come really far these past few years and it is such a great feeling to DJ’s like me who have had a passion for this genre.”

Aside from listening and watching others enjoy spinning records and now mixing CD’s he went ahead an began building his own studio. He wanted to be on the other side of the scene. With great friends helping him out on where to start and how to start producing he took their advice and put it to work. Being in the studio has helped him to learn a lot about music. It’s more then just putting a keyboard over a beat, he has learned about compression, how to make everything work together, creating an ear for what goes with what, channel stripping and he can’t leave out vocal editing.

Peter K has recently launched the innovative internet dance radio station 24/7 Dance Radio. “24/7 Dance Radio is a 100% pure Dance Music Radio Station with mixshows every Friday & Saturday nights with DJ’s like myself, DJ Chris “The Greek” Panaghi, DJ Themi, DJ Zilos, DJ ARoss and Mike “Thunder” Pennino. We also launched our iPhone App which helped us bring the station on the road for listeners. The greatest feeling is that you’re DJing at the world’s biggest club – “The World”. With internet radio growing worldwide we are very excited and it’s really a no brainer for me.”

Besides being busy with the radio station Peter K has also released his first single “Don’t You Want Me” under his artist name PK Project on Amathus Music (www.amathusmusic.com). Growing up, music like Duran Duran & Journey was always around him. He had grown up with two sisters so tracks by these artists were close by. Peter wanted to produce his own music with production on a track that was reminiscent from his teenage years. Peter chose “Don’t You Want Me” by The Human League since he felt that he can really bring it into his production style. Knowing that electro is so hot right now Peter wanted the vocals to compliment a big room anthem electro style. He was really excited to work with Amathus Music and have such great remixers involved with the production such as; Calla Mcloud, Rev-Players and DJ Zilos.

“I have a great relationship with everyone at the label and am very proud to be apart of there artist roster. My ultimate goal is to keep growing as an artist and producer.

Currently, Peter is very excited to work on more productions and tracks to be released on Amathus Music. Peter feels that even with 24/7 Dance Radio the sky is the limit as the station keeps growing to new levels. Peter is also the owner of a private party company called “For Everlasting Memories”. As the 24/7 Dance Radio GM, artist PK Project and DJ/Producer Peter K is very grateful with his accomplishments in the music industry and feels that there are great things on the horizon.

Istanbul vs. Constantinople — and Why Both are Greek Cities