Xerxes: The Prequel to Frank Miller’s 300 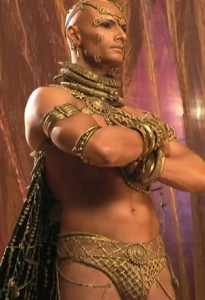 Greek mythology continues to inspire film making in Hollywood.  To name a few, Troy, Alexander, and of course Frank Miller’s, 300 . Miller is currently developing the sequel, Xerxes. The film will highlight the battle of Marathon that took takes place about ten years before the Battle of Thermopylae in 300.  The battle of Marathon was the first Persian invasion of Greece.  Miller has decided on the plot, and working on his vision of the story through a graphic novel.  Next he will go through the creative process of interpreting his novel into film. Zach Snyder who directed 300, has showed an interest in directing the sequel.

When Miller was asked about the allure of the ancient Greek culture, he said, “Every generation returns to ancient Greece because, well, the stories are so damn good. The fact and the myth are inseparable and, believe me, when you go sailing for a while in the Aegean Sea, you start believing in Poseidon.”

The film is expected to be released in 2011.