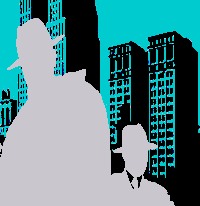 Aside from Philedelphia other Greek elements sprouted across the American plains. In, Boston four leaders emerged James Chalmas (loanshark), Louis Venios (strip club owner and mob frontman), William “Skinny” Kazonis and Arthur C. “Tash” Bratsos (loanshark). Bratsos was under the authority of mob associate Joseph Barboza, who himself was not Italian but Portugese.

Barboza was a loose cannon and was uncontrollable he had a bad reputation amongst “made men”. Since Bratsos was connected to Barboza he thought it best to take an extended leave of absence. But before he took off he decided to bail out his friend Barboza. Not the smartest idea. His springing Barboza did not sit well with the mob. This proved to be fatal, Bratsos was eliminated. Another Barboza associate was loanshark, James Chalamas, who was also a hired thug for the mob. He was offered $25 thousand to murder Barboza.

Chalmas declined the offer. Nevertheless, the local mob took Barboza out in front of Chalamas on February 11th, 1980. Chalamas soon relocated and was considered “retired”. The Anguilo brothers ran the Boston mob hierarchy for years, their private driver was William Kazonis. The Anguilo brothers held a high regard and trust for Kazonis. Kazonis was caught on an FBI bug shaking down a loanshark victim who was delaying payments. His partner in the shakedown was Joseph “Joe Porter” Patrizzi. Kazonis and Patrizzi served 8 years for the shakedown and garnered more respect from the hierarchy. Kazonis’ luck began to run out in 1987 when he served another 6 years for conspiring to impede on a grand jury investigation. Because Kazonis refused to cooperate his position on the mob ladder rose.

One unfortunate mob associate was Louis Venios who owned and operated one of the most exclusive adult clubs in the city (called Mouse Trap) with his co-owner and son-in-law Walter LaFreniere. They ended up in debt to the same people who protected them. Walter owed large amounts of gambling debts to the Anguilo brothers. Walter felt he could salvage his loses at a game of barboot (a Middle Eastern card game). But he did not succeed and had to borrow more money from the house. Venios tried to save his son-in-law by consolidating the funds from the club, but that was useless. Venios survived retribution from the Angulios but Walter, his fate was different. If it weren’t for the intervention of William Kazonis, Louie would have tasted the same fate.

Across the United States in sunny Los Angeles three Greeks controlled a piece of the mob puzzle. All three were associates of leading capo turned government witness, Jimmy “the Weasel” Frantianno. One of the most animated to be under Jimmy’s wing was Nick “the Greek” Simponis. Nick owned a gambling operation in Cabazon in the mid west. During his ownership a low level wise guy by the name of Delmont attempted to muscle in on Nick’s business. In turn Nick went to mob associate Jimmy Frantianno.
Delmont was disposed of for his expansionist ideas. Simponis a sharp card player would later develop a tight relationship with Las Vegas wild man Anthony “the Ant” Spilotro.

Simponis and Spilitro arranged shakedowns and casino schemes throughout Las Vegas . When it came down to casinos Jimmy F. was obsessed to have his own place. Nick was there to help Jimmy expand and introduce him to Greek entrepreneur Duke Countis. Duke was a wealthy bookmaking agent who held the key to Jimmy’s dream.
The proposed hotel/casino was to be named The Crystal Bay in Tahoe. It was to run about $2 million to start. But the deal stood still for Jimmy and Nick were unable to convince mob higher ups to invest. Duke backed out as well and maintained his position as a casino courier. Spilotro and Simponis soon ended up doing time. Nick was imprisoned in the late 1980’s and Spilitro ended up being assassinated in the cornfields of Indiana in 1986.

Another major associate of Jimmy F.’s was Nick “the Greek” Diacogiannis. Diacogiannis was a close friend and confidant of Jimmy’s while they served time in Folsom in the 60’s. Upon Nick’s release he became Jimmy’s bodyguard, for at this time Jimmy was rising fast and animosity was high. Jimmy along with Nick, headed up a trucking business that proved them to be good earners (a cornerstone of mafia importance).

But Nick was soon back in prison in 1966 for assault. This began the downfall of the trucking business he started with Jimmy. Nick was unable to be released on bail and needed “outside” help to get him out. Jimmy in turn went to then L.A. mob boss Jack Dragna for help. Hence, they sprung Nick from jail. Nick and Jimmy went back to business until Jimmy was arrested on a murder charge which became the beginning of the end. At this time he decided to turn states evidence. He became one of the highest-ranking mobsters to inform on the society at that time. He would go on to bring down most of the West Coast mafia along with Nick the Greek in the late 80’s.

Before Nick Simponis and Nick Diacogiannis there were two brothers in the swampy fields of Florida who ran the most lucrative bookie operation on the East Coast. They were, John and Chris Prokos, who were under the protection of Sam “Momo” Giancanna from Chicago . Their operation was bank rolled by mob associate Gil Beckley . The brothers also ran a café’ as a front for their office this was in the early 50’s when Florida was still an open market for the mob. Their operation soon came to a close in the early 80’s with the emergence of the Cuban mafia and the cocaine explosion. The Greek gangsters as powerful as they were always seemed to elude the public eye.