Elia Kazan Was Born 100 Years Ago 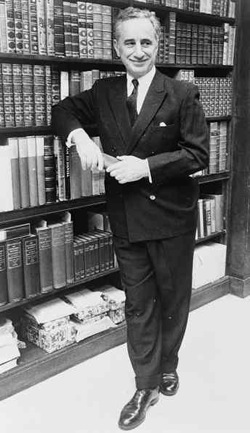 One of the most well known Greek-American directors, Elia Kazan, was born on September 7th 100 years ago on this day. He was a film and theatre director, film and theatrical producer, screenwriter, novelist and co-founder of the influential Actors Studio in New York in 1947. Kazan was a three-time Academy Award winner, a five-time Tony Award winner, a four-time Golden Globes winner, as well as a recipient of numerous awards and nominations in other prestigious festivals as the Cannes Film Festival and the Venice Film Festival.

Kazan was born Elias Kazanjoglou (Ηλίας Καζαντζόγλου in Greek) in the Anatolian city of the Ottoman Empire, Kayseri, Turkey) to a Greek family.

His family emigrated to the United States in 1913 and settled in New York City, where his father, George Kazanjoglu, became a rug merchant. Kazan’s father expected that his son would go into the family business, but his mother, Athena (née Sismanoglou), encouraged Kazan to make his own decisions.

Kazan attended public schools in New York City and New Rochelle, New York. After graduating from Williams College, Massachusetts, Kazan studied at Yale University’s School of Drama. In the 1930s, Kazan acted with New York’s Group Theatre, alongside (among others) Lee Strasberg, Clifford Odets, and Stella and Luther Adler. During this period, Kazan earned his nickname ‘Gadg,’ short for Gadget – he never learned to love the name. For about 19 months in 1934-36, Kazan was a member of a secret Communist cell.

He became one of the most visible members of the New York elite. Kazan’s theater credits included acting in Men in White, Waiting for Lefty, Johnny Johnson, Golden Boy, and the 1940 revival of Liliom. Kazan directed A Streetcar Named Desire (1951) and Cat on a Hot Tin Roof (1955), two of the plays that made Tennessee Williams a theatrical and literary force. He also directed All My Sons (1947) and Death of a Salesman, (1949) the plays which did much the same for Arthur Miller. He received three Tony Awards, winning for All My Sons, Death of a Salesman, and J.B.

Kazan’s history as a film director is equally noteworthy, if not more impressive. He won two Academy Awards for Best Director, for Gentleman’s Agreement (1947) and On the Waterfront (1954). He elicited critically acclaimed performances from actors such as Marlon Brando and Oscar winners Vivien Leigh, Karl Malden and Kim Hunter in A Streetcar Named Desire (1951) (the film version of Tennessee Williams’ play), James Dean and Oscar winner Jo Van Fleet in East of Eden (adapted from the John Steinbeck novel), Montgomery Clift, Lee Remick, and Jo Van Fleet in Wild River (1960), reportedly one of Kazan’s favorite films, Natalie Wood in Splendor in the Grass and Andy Griffith in A Face in the Crowd.

Elia Kazan was married three times. His first wife was playwright Molly Day Thacher. They were married from 1932 until her death in 1963; this marriage produced two daughters and two sons. His second marriage, to the actress Barbara Loden, lasted from 1969 until her death in 1980, and produced one son. Lastly, he was married to Frances Rudge from 1982 until his death in 2003 at the age of 94. He also had a long-term affair with Constance Dowling during his first marriage, which ended when Dowling went to Hollywood in 1944 to make Up in Arms under contract to Samuel Goldwyn.

Kazan remained controversial in some circles until his death for testimony he gave before the House Un-American Activities Committee (HUAC) in 1952, in which (after previously refusing to do so) he named associates from his days as a member of the Communist Party of the United States of America in the 1930s. He began his career as an actor and stage manager for New York’s Group Theatre Company, which was just recently established. His involvement in the group led him to join the “American Communist Party” in 1934. He was only involved with the Communist Party for a short time; however, he was quickly recognized as a potential communist by the HUAC.