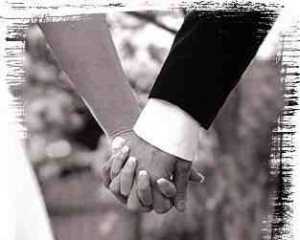 Yesterday I was married; three times to three different men, to be exact. None of it was particularly eventful; mostly we just drove around the countryside while I pretended to be madly in love. My last husband almost looked young enough to be my little cousin, Martin. I kept glancing over at his hair, hoping to see some grays peeking out from the mass of brown spikes, but no luck. Quite honestly, just the fact that his hair was a mass of brown spikes was enough to ruin the magic. I sighed – right there in the middle of the audition. They even have it on tape.

Being paired up in an audition is like being set up on a blind date. It either works or it’s a complete disaster. Chemistry, even between actors, cannot be manufactured. Worst of all is that if it’s not present you can play the heck out of the part but eventually it’s going to ruin your chances of landing the gig. Like what happened to me today, for example. I can still see the blonde girl who got paired up with the tall glass of water (otherwise known as Curtis) and it cuts like a knife. Sometimes, there is simply no justice.

On the drive home I was thinking about some of my favorite on-screen couples. It’s no wonder so many of them have made more than one film together. As the audience we see that magic onscreen and it’s magnetic – you don’t want to take your eyes off them for a moment.

The best person I ever worked with was on a small independent film a hundred years ago that no one ever saw. He was an actor from Toronto and the very first scene we had was a shot of us sleeping in bed together. There’s nothing like wearing flannel pajamas the first time you meet someone to help break the ice. We were both so nervous we were giggling uncontrollably. It got to the point where the director actually had to come up and tell us to cool it, which just made us laugh even harder. We must have shot that scene fifteen times. Not because it was technically complicated but because I was laughing so hard you could see my body shaking under the covers where I was supposed to be lying dead asleep. I’m sure the director thought about firing us both more than a few times that day but the chemistry between us was so obvious he must have figured he’d be better off to stick it out, even with our shenanigans.

I still remember the last day of filming on that project. We had a horribly difficult scene in some skuzzy motel room somewhere and afterwards all the cast and crew hung out and partied well into the wee hours of dawn together. By then we were so over the budget we couldn’t even afford limes for our Corona’s and if I remember right our buffet consisted of a couple of bags of chips and bag of stale chocolate chip cookies. Nevertheless, it was a wonderful night as we all took turns sharing our stories of on-set catastrophe’s and events. When I finally left to go home it was the saddest I’d ever been leaving a set. Even now, quite a few years and jobs later it was still the most intense energy I’ve ever shared with another actor and I realize how lucky we’d been.

If only he’d been there yesterday, damn it.