TechNews
GreekReporter.com Hollywood Screenwriter Peter Papageorgiou Reveals His Plans about a New Movie and a... 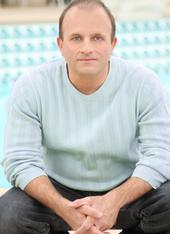 Screenwriter and actor, Peter Papageorgiou, talks about his career, his future projects, and his Greek heritage to Nick Cristophers.

We understand you have been involved in the film industry since 1989 with your appearance in Ghost Busters 2. How did you get involved in film and did you have any formal training?

I pretty much mailed my headshot and got to work on it. I’ve studied at various places around in NY.

How was it working on the set of Ghost Buster 2? Did you get a chance to meet Bill Murray?

We were filming in NY down by Battery Park in the dead of winter at night. I froze my butt off. At the time I was not part of SAG and I was getting $50 a day. I thought I must be crazy to be doing this but I really wanted it. Paying your dues I guess. I didn’t get a chance to meet Bill Murray but I saw him up close which was exciting!

You have worked in film and TV. Which do you prefer over the other?

It depends what mood I’m in. In film you have time to develop a character and once you are on the set there is a lot of waiting. In TV its hurry up, come on. Let’s go! Almost like working in a Greek diner, the character may not be fully developed until a few episodes later. TV is a writer’s medium. Film is a Directors Medium. Because of that I prefer TV being a writer who also loves to act.

Have you received any formal training?

I studied in New York at HBO Studios with Stephen Strimpell for many years. He was a great teacher, very constructive and intuitive in his teaching methods. He died a few years ago and I was saddened by his death. I’ll always remember him cracking jokes and drinking cranberry juice as he critiqued scenes. I also studied Acting at Queens College in NY.

You appeared in the films Amongst Friends in 1993 and Small Time in 1991. Which one of these stood out most for you and your career?

“Amongst Friends” sticks out in my mind. We were filming in south Jamaica and let’s say the locals were not two thrilled seeing film crews there. Rob Weiss who is now the producer of the HBO hit series “Entourage- “it was his first film and was directing it. He became someone to look up to he was beating the odds so to speak. He got the money raised and he was in the hot seat. I just thought I could do this which was the same case with Small Time. To pick up a camera shoot real low budget and get my films off the ground too. That’s when I started learning how to edit and shoot. So, I shot some shorts sneaking into places like Penn Station with a camera. Could have gotten arrested this was after 911. Using the place where I worked when no one was around or the boss didn’t know and shooting scenes after hours. I got experience, courage and learned to tell the story with limited resources. So, within that time, I wrote six screenplays and shot a number of shorts.

Currently you have worked on the film “Pumping Up” with Angel Light Pictures. Can you give some insight on the film and role you played in its production?

Well, I wrote this labor of love Pumping Up. It’s a comedy. Film is about three-Italian American childhood friends who workout at a trash-can of a Gym in Queens , NY . Every year is the annual Mr. Hercules weightlifting contest. The story is how the contest affects their lives and relationship Tony Dovolani from the hit TV series “Dancing with the Stars”; he has signed on to play one of the main characters “Tommy”. They say write what you know, it’s a combination of my friends and my wife’s family. People are coming on board very quickly on this project. Antonio Salliant is the Executive Producer of this film from Angel Light Pictures. Tony Tinpone from Fangoria Magazine is also Producer of this project who introduced me to Antonio. Things are falling into place and the budget is Five Million dollars, who would have thought. We would love to have Olympia Dukakis play the mother of one of the main characters. It is a great lead part for her. It would be an honor to work with her.

How was working with Antonio Salliant?

He has been so unbelievable and has been a tremendous help to me and really believes in the Project. Like I said we are in Pre-production right now, I’m in Los Angeles and he is NY. A lot of emails and phone calls. I think he’s great because he’s a real go-getter! He moves quick like me. We know we have a hit and it’s a great feeling! We make a great team.

Have you ever reached out to the Greek community in some way?

I used to produce shows for Public Access in NY and I used to showcase different Greek events around the area when I lived in Astoria .

What part of Greece are you from?

I was born in Brooklyn, NY but raised in Astoria , Queens . My Mom & Dad’s parents come from Peloponisos.

Have you ever worked with any other Greeks in the industry? Do you think the Greeks are well represented in the industry or is there more to be desired?

I had worked with Telly Savalas in the new Kojack Series; the episode was called “Arianna”. Got a chance to meet him, he was a very nice guy. Greeks images are slowly changing; I’d like to see more serious roles and less camp. Let’s face it, we invented Drama!

What is in the horizon for Peter Papageorgiou?

Currently, I have written a TV pilot called “Late Bloomers”. Another comedy but this time it is really edgy and off the wall. I have grown as much as a writer and actor that I could not have written this ten years ago. I wrote the pilot script along with a show bible. So, I am really into it! My co-producer Nick Manousakis of Manousakis Films has come on board and co-wrote the promo with me that we are about to shoot for pitching to cable networks. Along with Kim Williams (formally VP of Casting at Fox) who now heads her own production company Mangolia Films. Andy Kleinman from Aeroplano Productions is also on board. Once we approached some up-coming actors about this project they jumped at the chance to be part of this promo that we are shooting. Pretty much doing it because they believe it and really enjoy the characters in this pilot. Kim Williams and Nick Manousakis have been great in building a buzz and have been helping me out. Could not have done it without them Actor John Ventamaglia from the Sopranos is reading the script as we speak. Stay tuned….

They say it’s pretty tough getting your SAG card, how did you get it?

In the early 1990’s I wrote Snapple Ice Tea and told them I was an actor and how I loved their Snapple raspberry ice tea and drank it before auditions. Because you get nervous and your throat gets dry at auditions and the last thing you want to drink is coke, you’ll be burping at the audition. Talk about timing, Snapple was about to go public and was looking for a real person campaign. The advertising agency Kirshenbaum and bond looked through 3000 letters of people who wrote to Snapple, picked 24, shot 24 commercials and said 12 commercials would air. Well, I beat the odds, and made it to airing! I wrote my own ad copy and didn’t really realize it at the time. I got my SAG card and made $5,000 and got national exposure. Thank you God!