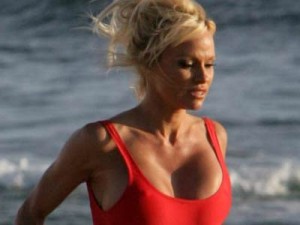 Usually, when I tell people outside LA that I live in Hollywood I am immediately bombarded with questions. Things like “is ______ (insert actress) really that pretty up close?” or “so does like, everyone drive a Ferrari?” and naturally my personal favorite “have you ever been to the Playboy mansion?”

I never cease to be amazed by the types of question people really ponder, but I realize that Hollywood has done such a great job of marketing itself as a paradise for the rich and famous that it’s only normal people are so curious. But just to clear the record, if you’re really looking for paradise it’s a little country in Europe called Monaco, not LA.

It occurred to me this week that I’m supposed to be telling all of you what Hollywood is really like, and that includes more than talking about casting calls and bad auditions. So I thought I’d take some time today to answer some of your most pressing questions.

Question #1. Have you ever been to the Playboy Mansion?
No, and I don’t plan on it either. But I do have a reasonable description of the old fab pad on good authority from a friend of mine who went there for an event a couple of years ago.

The night my friend went Hugh must have been busy de-linting his robe because he was nowhere to be seen. Apparently he does this often – rents out the mansion for an event – so everyone invited shows up pumped to spend the night hot-tubing with a bunch of Hollywood babes and instead find themselves meditating on their swivel stick outside a rickety old house that’s in desperate need of a fresh coat of paint.

Question #2. Is everyone in Hollywood beautiful?
It’s hard to answer this question without sounding like a jerk (what with all that inner beauty that’s so important these days) but because most of the people in Hollywood have such enormous ego’s I feel pretty ok taking a swipe at them.

Of course there are a few heavenly looking people in this town, but for the most part there are a disturbing number of jogging suits, acrylic nails and deep tans which apparently double for beauty in LA. On a good day, you may see some nice bodies playing volleyball on the beach but if you’re expecting Pamela Anderson to jog by you with her day-glow orange bathing suit or that all the women will look like Halle Berry you’re going to be very disappointed.

Question #3. Are there movie star’s everywhere?
Kind of. Most Hollywood stars live in LA. You will see them in your yoga class, at the organic fruit market, or even more likely – stuck in traffic. Although watching George Clooney pick out a ripe melon at the grocery store is hardly my idea of a heart-stopping good time, if that’s what really gets you going you won’t be disappointed.

Question #4. Is LA really that big?
Bigger. In fact, LA is so huge that sometimes I wonder if the maps have been tampered with? Maybe we’re actually living on the moon and we just don’t know it?
Once you come to LA there is something you will have to accept – traffic. Traffic jams the likes of which you have never seen before I assure you. I have lived in big cities all over the world but I have never spent as much time in a car as I have since I came to LA. Sitting in a car for a total of six hours a day is not uncommon.
Everyone deals with this problem a different way. Some people move to a beach community and never leave it. Others hire drivers to take them to and fro. Most just spend all day on their mobile phones. Personally, I have devised what I like to refer to as my auto-picnic; a little smorgasbord I take along with me in the car containing CD’s, my favorite iced coffee, tobacco, cookies and protein bars. If only I could drink alcohol I could pretend I was at home listening to music.