TechNews
GreekReporter.com Hollywood "What one Casting Director Hates about you Another May Love"

“What one Casting Director Hates about you Another May Love” 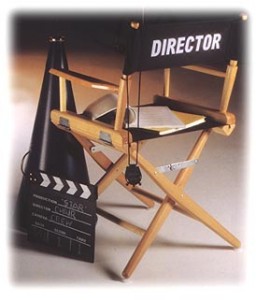 Some of the scariest people in the entertainment business for an actor are casting directors. By way of their professional contacts and ability to get you work they hold an unbelievable amount of power in their hands. Unfortunately for us, they all too often know it too. Walking into an audition with a new casting director is kind of like being the new kid at school – you really, really want them to like you.

Over the years I’ve been in a lot of casting rooms with a lot of different casting directors. Each one is different, each one is partial to a different type of actor, has their own likes, dislikes and pet peeves and worst of all despite their mythical powers they are human too. Which means if they’re having a bad day, chances are you’ll know it.

Without being clairvoyant it’s awfully difficult to know the preferences of any single casting director before the first meeting. In Hollywood, I’ve seen a CD throw an actress out of the audition for doing nothing more than wearing perfume while another CD upstairs chatted playfully with the waiting room of actors. It’s not unlike waking a sleeping tiger with a stick – whether he eats you or not just kind of depends on if he happens to be hungry at the moment. It has been my experience however, that once an actor develops a good relationship with a casting director, they’ll do everything they can to try and book you a job.

One mistake many actors make is assuming that a casting director is wasting their time. I remember an actor friend of mine who was called in repeatedly by a particular CD over a period of two years to audition for a number of different projects but never booked a single job.
“Why is she torturing me?” she wailed over the phone one day. “She’s a sadist, I’m telling you. She knows I’m not right for the job but she keeps calling me in. I can’t take it anymore!”

In this particular case I’m certain that the casting director really did want to see my friend get work. She brought her in all those times hoping that maybe one day someone else would see in my friend what she did. It took more than two years but eventually someone finally did and my friend booked a huge job, and then another and another, all of them through the same casting agent. The Moral of the Story: 1. Never assume anything about a casting director because you never know where your next job will come from, and 2. What one casting director hates about you another may love.

A long time ago there was a very important casting director who absolutely refused to see me for an audition. Week after week my agent submitted me and although we knew I was right for many of the projects, this woman would not budge. When my agent finally persisted as to why, the casting director told her it was because my smile was “too big” and she was convinced I had had collagen in my lips. When my agent told me that we both laughed out loud. I could barely pay my rent, where in the world would I get the extra money to blow my mouth up into a Julia Roberts pout?

I spent that summer hanging around my unconditioned apartment, dreaming up ways I would exact revenge on this woman. Every time I heard about another great project she was casting I became crazy. I padded around my apartment, stopping at every mirror and smiling at my own reflection. Was my smile really that big? It seemed pretty normal to me. After all, everything was where it should be – the bottom lip was bigger than the upper lip, they spread out quite nicely when I smiled and then fell back into their normal position when I wasn’t. What more was there?

A couple years later when I went on my very first casting in Greece the casting director looked at me and asked me to smile into the camera. Uh oh, I thought. He looked at me for a long time before nodding his approval to the people around him.
“You have the most beautiful smile.”
Did he just say my smile? Really? Hallelujah, I thought! Revenge was mine at last.

I booked that job, and many thereafter through the same casting director. Ironically, he always said one of the reasons he liked me so much was that I had a lovely, warm smile. Go figure.

That is our business though. If we’re not too short we’re too tall, if we’re not too blonde we’re too brunette, or too skinny, or not skinny enough. There is always something someone else wants you to be and it always seems to be the one thing you’re not. We just need to hang tough with the belief that one day the stars will align and what we have to offer will be appreciated, sometimes in the most unexpected place. Until then, smile into the camera and say “tyri”. Cheese.

Feta, Greece's most famous cheese, has become viral world-wide thanks to a food blogger who recently created an easy and tasty recipe of feta with pasta.
Music

A good and old friend of Greece, the Puerto Rican artist Alexandra Echavarri released her first single entitled “Round and Round” recently.
Greece

The roofless church of Panagia Kakaviotissa on the island of Limnos is one of the most impressive Greek Orthodox churches in the world.