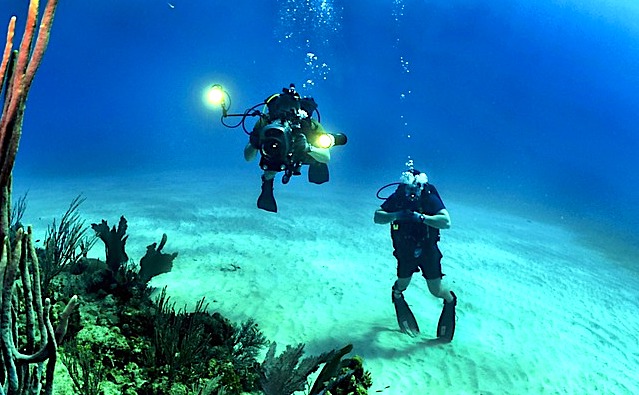 Paris Mavroidis, (www.parismav.com ) a finalist in the 36th Student Academy Awards for his animated short “Divers,” spoke to us about his movie and his Greek background.

So, Paris, first of all, tell us a little about your Greek heritage. 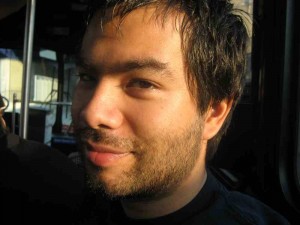 My dad is Greek and my mom is Chinese. I was born in Greece, but I moved away when I was 8 and have since lived in England, Switzerland and the US. I do speak Greek though I’m afraid I’m pretty out of practice! So I’m technically Greek but it’s hard for me to identify with just one culture or nationality because I’ve spent so much time in other places and have friends and family all over.

So, Paris- son of Priam, king of Troy, best-known for his elopement with Helen, queen of Sparta, which caused the Trojan War and for fatally wounding Achilles in the heel with an arrow. Since you live in the USA most people probably think you are either named after a glittering city in Europe or an heiress to the Hilton fortune. Is there a story attached to your name? Why your parents chose it, what it means to be named after a Prince?

My full first name is Paraskevas, after my grandfather, but my parents shortened it to Paris (I’m guessing for simplicity’s sake). I like having a unique name and one with several very different things associated with it!

What about family- are you married, single, still living at home? And Where is home?

I’m happily engaged to a girl here in Brooklyn who’s a very talented artist and jewelry designer. My parents split their time between Switzerland and Greece and I travel there as often as I can to see them.

So you have a cosmopolitan background. Would you agree that travel is the best education?

Yes, moving around a lot was a great way to grow up and I think it has shaped me in a very profound way. If I had stayed in one place I don’t think I’d be as open-minded and my perspective on things wouldn’t be as nuanced. And the friends I’ve picked up along the way are a very mixed and interesting crew: doctors, bankers, filmmakers, designers, artists etc. from all over the place. On the flipside, I’m not strongly rooted anywhere and I feel like somewhat of a foreigner no matter where I am. One of the reasons I’ve loved living in New York for the past few years has been how diverse it is and how easily I blend in.

Tell us a little bit about living in London and Switzerland.

I spent a couple of years living near Windsor, where I learned to speak English, tie a tie and wear a uniform to school every day. After getting adjusted I had a great time and didn’t want to leave. Then I was in Zurich for eight years where I attended Zurich International School. Zurich is a perfect city to spend your high school years because it’s a very safe and beautiful place where a teenager can have a lot of freedom and fun.

What about mentors in your education. Who inspired you?

I did my undergraduate studies at Brown University and I also took classes at RISD, where I had a couple of professors (Michael Bierylo, Ann Lavigne) who were very supportive and encouraged me to continue pursuing my creative endeavors. Judy Budnitz (at Brown) and Jacob Burckhardt (at Pratt) exposed me to some very inspiring writing and film, respectively. Also at Pratt, my professor (and boss at the research lab I worked in) Rob O’Neill was very helpful and supportive of my film. And my Thesis Advisor Claudia Herbst-Tait gave me great guidance all the way throughout its production.

It looks like you had a background in computers which moved into a very creative realm. “Divers” is absolutely stunning and there are some definite influences I can see…like Escher. Can you tell me a little about the human aspect of how your career developed, what your interests are, which artists inspire you?

I started out in computer science and slowly began to realize that I had an artistic itch. I saw computer animation as a way to make films and be creative while still using some of my technical skills. Some of the work that influenced me early on: Michel Gondry’s music videos, Busby Berkeley dance sequences, Terrence Malick’s earlier movies. I still like to program and dabble in other things like music and writing from time to time.

You are nominated for and in receipt of a handful of awards and accolades. Which has meant the most to you and why?

It’s a bit too early to say. I appreciate any recognition the film gets and I’m just happy to have people watch something I made!

Ok, now I am your fairy Godmother. I wave my wand and you get whatever you desire. What is it? Forget the great sex and mounds of food; tell me about your mega buck major life altering invention/movie/alchemy.

That’s a good question but I’m having a hard time answering it. Let’s come back to it later perhaps?

You like to dabble in music and writing. Sounds like you are developing an uberforce of creative skills. Does that mean that one day we are going to see movies written, directed, composed for and designed by a Gondryesque impressario, Paris Mavroidis? Maybe that’s what your fairy godmother is going to bring, the amalgamation of all your skills into fruition. Tell us more.

I play guitar, bass and drums. I used to play in bands in high school and I’ve recorded a few songs on my own over the years, mostly as school assignments and very quickly put together. They’re kind of all over the place stylistically and don’t include much I’d want to share with the world! I did write and record the soundtrack for a short documentary my cousin made (www.topwomanshooter.com) a few years ago, which was a lot of fun. At some point, I’d like to record music over a longer period of time so I can craft something more complete and presentable. As far as writing is concerned, I’ve written some short stories that won’t ever see the light of day and some random scribblings here and there, but I enjoy it and it’s definitely something I’m going to continue playing around with.

And your lovely fiancée…is she going to design your wedding rings? And, without spoiling the surprise, what are your wedding plans?

Her jewelry website is http://www.discreet-charm.com Also a short interview about her work, http://www.etsy.com/storque/spotlight/fresh-shops-discreetcharm-2869/

And yes, she’s currently in the process of designing our wedding rings. We’re having a low-key ceremony in Illinois in July with our families and closest friends.

Thanks for talking to us Paris and congratulations.

Found with a metal detector in his hand, a 68-year old man was arrested on Sunday for illegally excavating in the archaeological site of Amphipolis.
Greece

Greece recorded a total of 1,269 new cases of the novel coronavirus on Sunday and 36 new deaths, according to the nation's authorities.
Charity