The Greek American Candidates for Congress

In a country that people have not yet decide if it is a melting pot, a garden salad or a tapestry of different people and ethnic backgrounds eight individuals of Greek descent are running for Congress and are asking for your vote. The five incumbents of Greek heritage who are up for re-election in the U.S. House of Representatives are Shelley Berkley, Gus Bilirakis, John Sarbanes, Zack Space, and Niki Tsongas. The three Greek-Americans aspire to join them are Jane Mitakides and Jim Trakas (a member of AHEPA), both of Ohio; and Dina Titus of Nevada. 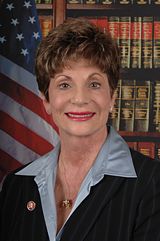 Rochelle “Shelley” Berkley has been a Democratic member of the United States House of Representatives since 1999, representing the First Congressional District of Nevada, which includes most of the city of Las Vegas as well as the Las Vegas Strip. Her grandmother was from Thessaloníki and part of the Greek Jewish community there. Berkley was born in New York City and then moved with her family to Nevada when she was a junior high school student. She attended the University of Nevada, Las Vegas and earned a degree in political science and served as the UNLV Student Body President. She then entered the University of San Diego, graduating with a degree in Law. She served in the Nevada Assembly from 1982 to 1984 and was involved in civic affairs locally. While in the state legislature, she advocated consumer safety laws, campaigned against drunken driving, and founded the Senior Law Project. Berkley was also appointed vice chair of the Nevada University System Board of Regents, serving at the position from 1990 to 1998. Elected to the House in 1998, she serves in the Committees on Veterans’ Affairs, and Ways and Means. As a representative, Berkley views her top priorities as to fight for affordable health care coverage for all Americans, veteran’s rights, and alternative energy. Berkley is known as one of the supporters of the drive to regulate online gambling. On October 10, 2002, Mrs. Berkley was among the 81 House Democrats who voted in favor of authorizing the invasion of Iraq. 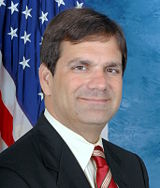 Gus Bilirakis was born on February 8, 1963 in Gainesville, Florida. is a Republican member of the United States House of Representatives for Florida’s 9th congressional district. Bilirakis was elected as a Republican member of the United States House of Representatives to replace his father, Mike Bilirakis, who did not run for reelection after 23 years in the United States Congress. Before being elected to Congress, Gus Bilirakis had been a member of the Florida House of Representatives since 1998. He grew up in Tarpon Springs, Florida, as the second-generation son of Greek immigrants. His grandfather opened a bakery in that town. At an early age, Bilirakis began working at his family’s bakery. He attended Tampa Bay area public schools and continued to work in his grandfather’s bakery while growing up. Bilirakis graduated from Tarpon Springs High School and St. Petersburg Junior College. He then attended the University of Florida, where he graduated in 1986 with a bachelor’s degree in political science. He received his law degree from the Stetson University College of Law in 1989. Bilirakis has a Tampa Bay area law practice, the Bilirakis Law Group, specializing in probate and estate planning, which he took over from his father. He has helped run his father’s campaigns for the past 23 years. He is co-chair of the Hellenic Caucus. 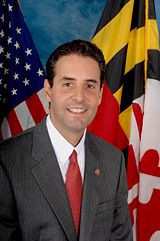 John Peter Spyros Sarbanes has represented the third district of Maryland in the United States House of Representatives since 2007. The district includes the state capital of Annapolis, central portions of the city of Baltimore, and parts of Howard and Baltimore counties. Sarbanes was born in Baltimore on May 22, 1961 and is the eldest son of former U.S. Senator Paul Sarbanes. He received a B.A. cum laude from the Woodrow Wilson School of Public and International Affairs at Princeton University in 1984 and a J.D. from Harvard Law School in 1988. Sarbanes lives in Towson, Maryland with his three children and wife Dina, who he met at Harvard and wed in 1988. Dina Sarbanes is an Assistant County Attorney with the Baltimore County Attorney’s office. Sarbanes sought the Democratic nomination for Maryland’s third congressional district after then-incumbent representative Ben Cardin chose not to seek re-election in order to run for the United States Senate seat of John Sarbanes’ father, Paul Sarbanes. In the last election he won with a solid 64 percent of the vote. However, he had a hard time campaigning to win the Democratic Primary. 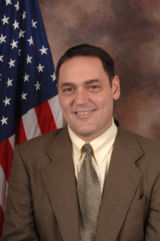 Zack Space of Dover, Ohio, is an American politician of the Democratic Party and presently serves in the U.S. House of Representatives for Ohio’s 18th congressional district. Space won the seat in the November 7, 2006 election, defeating state Senator Joy Padgett. Space’s seat was formerly held by Republican Bob Ney, who pled guilty to conspiracy and making false statements in relation to the Abramoff scandal. Republican Fred Dailey is currently running against Space in the 2008 election. Born in Dover, Ohio, in 1961, Space is the son of Socrates Space and Sandra Gallion. His grandparents immigrated to the United States from Greece in the early years of the 20th century. His grandfather and namesake, Zacharias Space, earned U.S. citizenship through service in World War I. Space attended Kenyon College in Knox County. While earning a degree in political science, he was awarded All-American honors in football and was named the 1982 Athlete of the Year at Kenyon. After his graduation from Kenyon, Space enrolled in the Ohio State University College of Law and earned his Juris Doctor in 1986. He is married to Mary Wade, the first woman judge in Tuscarawas County history. She was re-elected in 2005 with 64 percent of the vote. 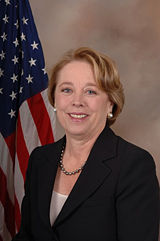 Niki Tsongas is the U.S. Representative for Massachusetts’s 5th congressional district and the widow of Greek-American U.S. Senator Paul Tsongas. She has three Greek-American daughters and she calls herself “Greek by Osmosis” She is the first woman elected to Congress from Massachusetts in 25 years and the first female Democrat elected to Congress from the state in 35 years. Niki was born to Marian Susan Wyman, an artist and copywriter, and Colonel Russell Elmer Sauvage, an engineer in the United States Air Force who survived the attack on Pearl Harbor. She was a 1964 graduate from Narimasu American High School in Japan while her father was stationed at Fuchu Air Force Base and then spent one year at Michigan State before attending Smith College in Northampton, Massachusetts. After graduating from Smith College in 1968, she moved to New York City where she took a job as a social worker for the Department of Welfare. Niki has a law degree from Boston University and started Lowell’s first all-female law practice. In the last election she defeated her four opponents in the Democratic primary with a plurality of the vote, 36%. Her leading opponent in the general election, on October 16, 2007, was Republican Jim Ogonowski; in addition, there were two independent candidates and one from the Constitution Party. During her campaign she received endorsements from the three major newspapers in the area: The Boston Globe, The Boston Herald, and The Lowell Sun.

Jane Mitakides is the Democratic candidate in the 2008 congressional elections for the 3rd Congressional District (map) of Ohio. On March 4th, 2008 she won the Democratic nomination to challenge incumbent Rep. Mike Turner (R-Ohio). Mitakides is married to John Mitakides with whom she has two children. She is a strong supporter of Hellenic issues, such as FYROM, Cyprus and she is also an active member of the American Hellenic Institute.

Jim Trakas is a former member of the Ohio House of Representatives, and is the Republican nominee for the United States House of Representatives in Ohio’s 10th congressional district. He is a 1987 graduate of The Ohio State University where he earned a B.A. in Social and Behavioral Sciences. In 1996 Trakas was elected Chairman of The Republican Party of Cuyahoga County where he served until 2005. In 1998, Trakas was elected to the Ohio House of Representatives representing the 15th district, later renumbered the 17th district, where he served until 2007. Trakas won the Republican Primary by 79.31 percent of the vote and stands a very good chance to get elected. He is a member of the Order of AHEPA and the American Hellenic Institute.

Costandina “Dina” Titus is a Democratic member of the Nevada Senate, representing Clark County District 7 (map) since 1988. She has been the Minority Leader since 1993. She is also a political science professor at University of Nevada, Las Vegas. She has taught American and Nevada government at the University of Nevada, Las Vegas, for 30 years. Before her recent congressional run, she was considered likely to seek a rematch with current Republican governor Jim Gibbons in 2010. Gibbons defeated her in the 2006 gubernatorial campaign. On May 1, 2008, Dina Titus announced that she will challenge Jon Porter for the Third Congressional Seat in Nevada. The announcement was made in the Henderson Events Plaza Amphitheater, just below the Henderson Veterans Memorial, where she reminded her supporters that it was the fifth anniversary of Bush’s pronouncement of “mission accomplished” in Iraq. Her Greek grandfather ran a restaurant in Tifton, Georgia where she was born.

With information from: The Hellenic journal, Wikipedia, United States House of Representatives