TechNews
GreekReporter.com Australia Greek-born woman who tried to kill herself and her husband is free 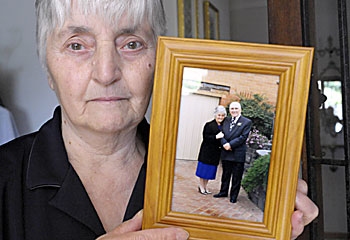 The story of this older couple is a modern Greek tragedy with victims both of them. Anastasia Nestorowycz, 76, tried to kill her husband Paul, 82, because she believed he was suffering and she wanted to end his life.
The Supreme Court let her free stating that “she did not act out of hatred but because she felt sorry for her ailing partner.” Her husband had begged her to take him home and, unable to, she decided to end his life and her own.
The woman who immigrated to Australia from Greece in 1970 admited that she regrets her action and she feels sorry for her husband. Speaking from her Thornbury home yesterday, after walking from court on a wholly suspended sentence of two years and nine months, Mrs Nestorowycz said she was happy to be free.
The Greek-born woman had not seen her husband of 35 years since the attack but said yesterday she wanted to make peace and planned to visit him in two weeks.
“I love my husband. I am very sorry. It might be too late. (But) I love him,” she said.
The court heard Mrs Nestorowycz, who pleaded guilty to attempted murder, was aiming for her husband’s heart when she stabbed him with a kitchen knife in his bathroom in June last year.
Justice David Harper said Mrs Nestorowycz was suffering a “major depressive disorder” and believed staff were neglecting her husband.
The court was told she believed staff were not feeding him properly and were stealing his clothes.
Paul Nestorowycz, who is in a wheelchair and has dementia and diabetes, was waiting to play chess when his wife stabbed him once in the stomach then stabbed herself in the stomach and cut her wrist.
The pair were found covered in blood and rushed to hospital for emergency surgery.

Greek PM Kyriakos Mitsotakis stated on Wednesday that the country's national lockdown will continue due to a sharp increase in cases.
Diplomacy

Turkish President Recep Tayyip Erdogan referred to the Aegean Sea by the name “Sea of Islands”, as he continued his provocative rhetoric against Greece.
Crime