A US tour and new international albums by Yannatou and Tsabropoulos 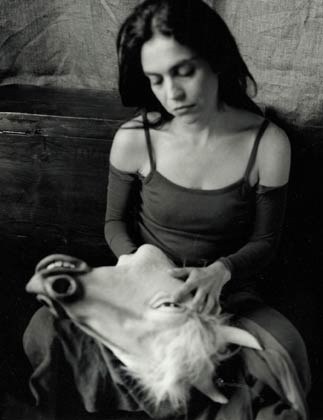 Vassilis Tsabropoulos was born in Athens, and attended the conservatories of Athens, Paris and Salzburg, before completing his studies at the Juilliard School, where his teachers included Rudolf Serkin and Tatyana Nikolayeva. He is well-known in his homeland as an interpreter of the classical tradition, and has performed internationally as a soloist and under conductors including Vladimir Ashkenazy and Robert Janssens. He is also highly regarded as a jazz pianist, and was encouraged in his improvisational activities by Chick Corea.

– Songs of An Other – Savina Yannatou and Primavera en Salonico will support their third album on ECM with concerts in the USA:

Born in Athens, Yannatou studied at the National Conservatory. While still a student she sang for Greek National Radio 3, under the direction of composer Manos Hadjidakis. In the ensuing years she explored a range of options from renaissance and baroque music to contemporary composition as well as Greek “entechno” art songs. In the early 90s she experimented with free improvisation, with both Greek and international collaborators and began to work also with a circle of Thessaloniki-based musicians who formed the band Primavera en Salonico for her recording of Sephardic folk songs from the region. The group is now in its 15th year, its progress informed by its members range of activities,