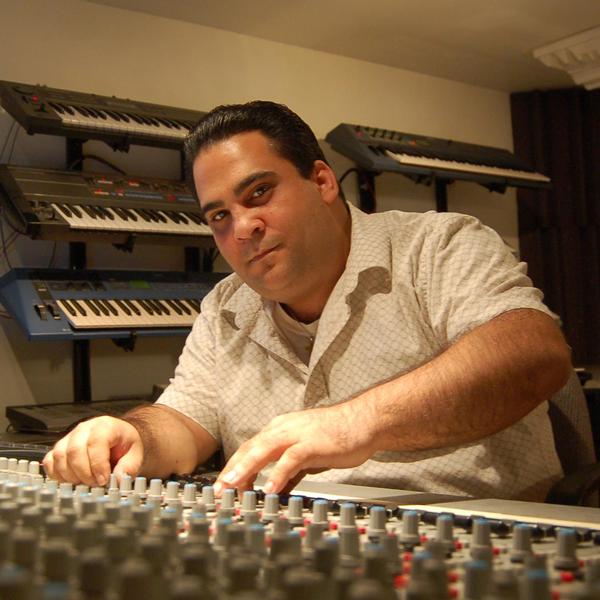 The sounds emanating from the ground floor of an otherwise normal home are coming from the studio of DJ-remixer Themis. The music is a bit of house/trance and a touch of techno the new age of dance music. Themi has honed into this genre and has capitalized on it. From the age of fifteen Themi has always been drawn to music. “My mixing skills started to create a buzz, and before I knew it I was DJ’ing 2 or 3 parties every weekend.”

Then when he reached seventeen he began to develop his own lyrics and backup music. Essentially he began to produce his own sound and words. He in turn taught himself how to play the keyboards which opened another avenue of development.

In his studio it allows him to create music from the comfort of his own home. First he begins by either creating the music for the song or writing the lyrics and melody first then develops the music later. Once the music is created and all the lyrics are done he goes into arranging the track and finally mixing it down and making sure that the sound is right and ready for release.

Themi has had the pleasure to have worked with Chris “The Greek” Panaghi on several original tracks as well as remixes that he has done for Chris. “One Remix that I remixed for Chris helped the project to hit the top 5 on the Billboard Dance Chart in 2007. I also collaborated on a track with Chris that was featured on the Water Dance Music Label distributed by Universal in 2007. Chris is a great guy and a very talented Producer/Remixer; I have learned a lot form him over the years.” Themi has also done some keyboard work for Sweet Rains Records out of New York. Sweet Rains co-wrote the song “Melting With The Sun”, with Dance Music Artist Amber.

The feedback coming in from Themi’s recent release on Amathus “You’re The One” has been amazing since its release in June of 2008. Amathus Music is the record label that it has been released on. “They have some big time promoters pushing the song and we are very excited! Amber, the featured vocalist on the track, has an amazing voice and is a talented singer and songwriter!!”.

Themi is currently working on the next Electrik Pulse Release as well as a few remixes that will be released soon. He has some new original tracks that he is working on with various artists and producers.
In the dance music scene there are not many Greek’s involved and Themi reflected in that fact. “It has always amazed me that we don’t have many Greeks involved in Dance Music especially knowing the Greek Culture and how much we love the music and love to dance. I think the few Greeks that are involved in the Dance Music Scene should come together. Who knows maybe we could have a future project in store showcasing the Greek Talent that is in the Dance scene. Maybe things will change in the future, I would love to see more Greeks involved in Dance Music as I love Greek Dance Music. There are a lot of very talented producers and singers and I would definitely say that it is at the same caliber as other European music.”

One of Themi’s proudest accomplishments was when his remix of Chris “The Greek” Panaghis’s song titled “Pump” aided in helping the single become the top “Breakout” on the Billboard Dance Music Chart in 2007. “I was smiling for week’s. It was a great feeling and I was truly blessed to be a part of the project!”
His family has always supported him from the start. “I’m truly grateful and blessed to have such a supportive family and friends as well. I will never forget all the support from my family and friends, it means a lot to me and keeps the passion burning to create more.”

Themi is always on the go and on the look out for more creative ways to expand his music. “I just want to keep working on music and working with various producers and vocalists. Creating Music lifts my spirits and it’s definitely my passion!!”